Taken from the ancient Roman and Greek word for owl, Strix means the keenest hearing and sharpest eyesight. Strix means feeling your environment so that you detect and react to the slightest movement. Strix means survival on the very edge of instinct. Strix is in your blood, as it is in ours.ASUS Strix GTX 970 gaming graphics card is factory-overclocked at 1253 MHz and packed with exclusive ASUS technologies, including DirectCU II to deliver cooler, quieter, and faster performance for incredible action gaming experiences. Strix GTX 970 also features 0dB fan technology to let gamers enjoy total silence during light gameplay as well as Blu-ray movie playback free from distracting background noise. Strix GTX 970 features exclusive ASUS DIGI+ VRM with 6-phase Super Alloy Power components for enhanced durability and cooling, and GPU Tweak for overclocking and online streaming.

Exclusive DirectCU II cooling technology outperforms reference designs with an exclusive 10mm heatpipe that transports 40% more heat away from the GPU a first for the industry! The design also includes 220%-larger heat-dissipation: this means performance that's 30% and three-times (3X) quieter than reference for ultra-stable hardcore gaming with very low noise. And Strix ups the ante still further with 0dB fan technology that lets you enjoy games like League of Legends® and StarCraft® in complete silence because the fan stops completely when the GPU temperature remains below a set level.

Acclaimed DIGI+ VRM has been applied via a 6-phase power design that uses digital voltage regulators to minimize power noise by 30%, enhance power efficiency by 15%, widen voltage modulation tolerance, and improve overall stability and longevity by 2.5 times over reference. 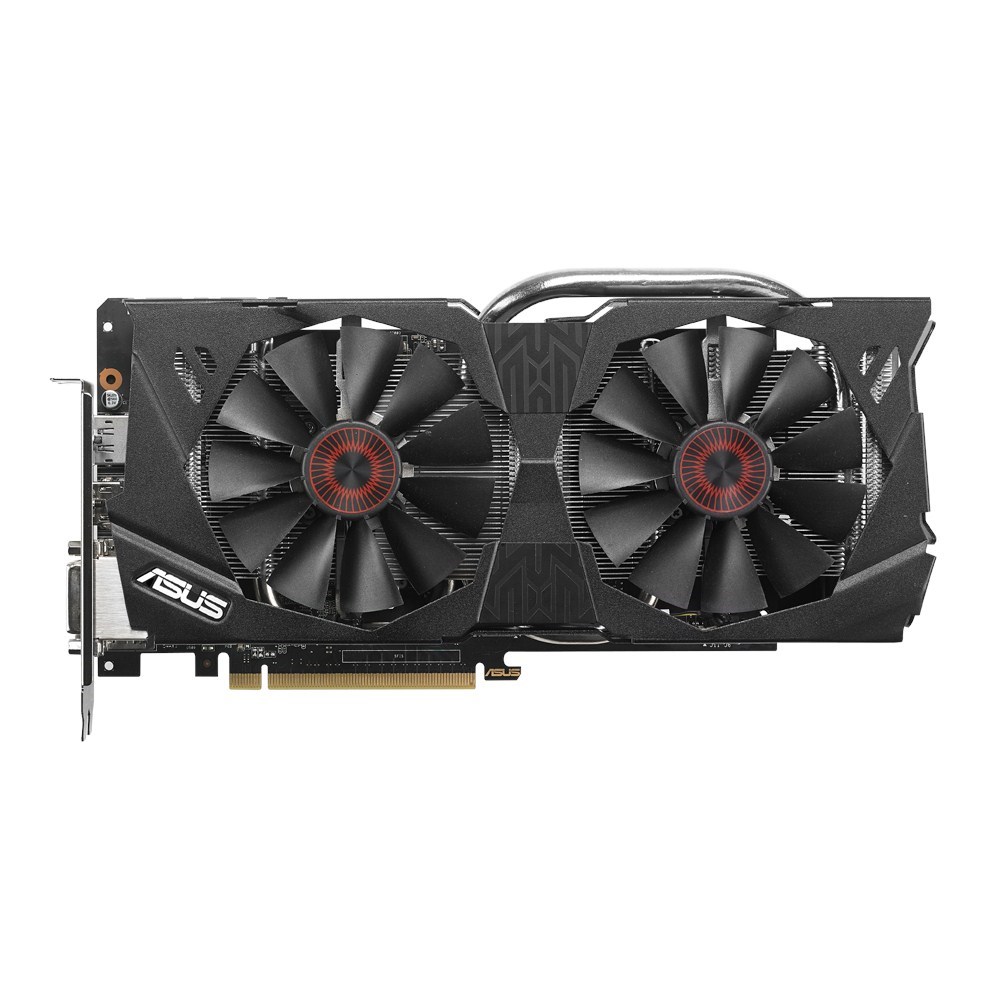 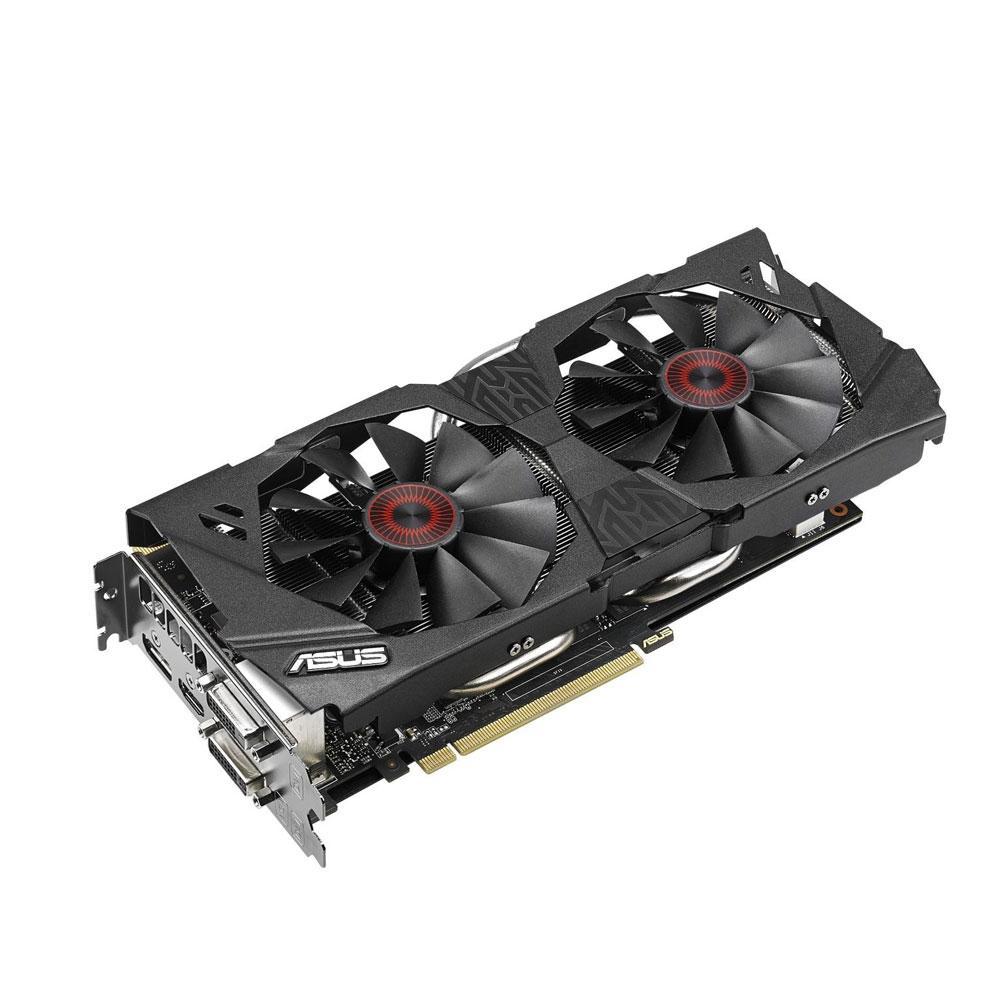 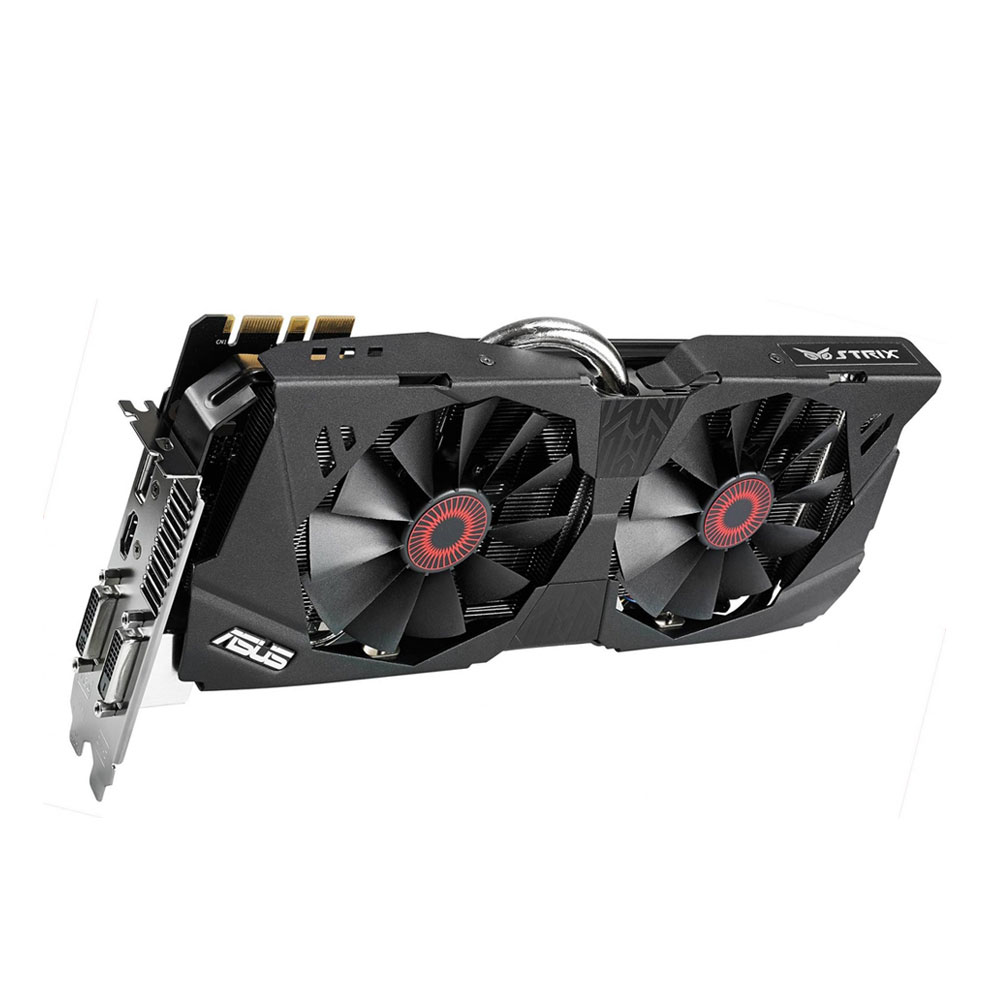