Product Description
Note : Images and Videos are only for illustration purposes. Please refer to technical specs for exact model and details.

ROG G20 is designed to dominate the small form factor gaming desktop segment, and has already received critical acclaim, receiving the Best Choice of the Year and Golden Awards at Computex 2014. G20 features a compact 12.5-liter case that houses a AMD A10-Series processors and AMD Radeon™ R9 370 Graphics to give you unstoppable performance for games and home entertainment in Full HD quality.

G20 support AMD Mantle technology is a groundbreaking API that brings some of the most popular and advanced games to life. With this technology in the latest AMD APUs, you can game at unprecedented levels with hyperefficient performance. G20 also features the ASUS-exclusive Aegis application to help you monitor system parameters.

G20 is designed with no visible exterior side exhaust vents. G20 has a thermal design that takes advantage of natural convection, with a hidden airflow channel that ensures efficient heat management for marathon gaming sessions.

On the outside, G20 sports a bold design boasting a matte-black finish, aggressive lines, Mayan-inspired markings and customizable lighting effects showcase up to 8 million colors.

Versatility in a 12.5-liter Case

A one-stop gaming and entertainment system, ROG G20 is set to dominate the small form factor gaming desktop segment. Despite its 12.5-liter size, G20 packs quite a punch, giving you the performance you'd expect from a hardcore gaming system at a fraction of the size. 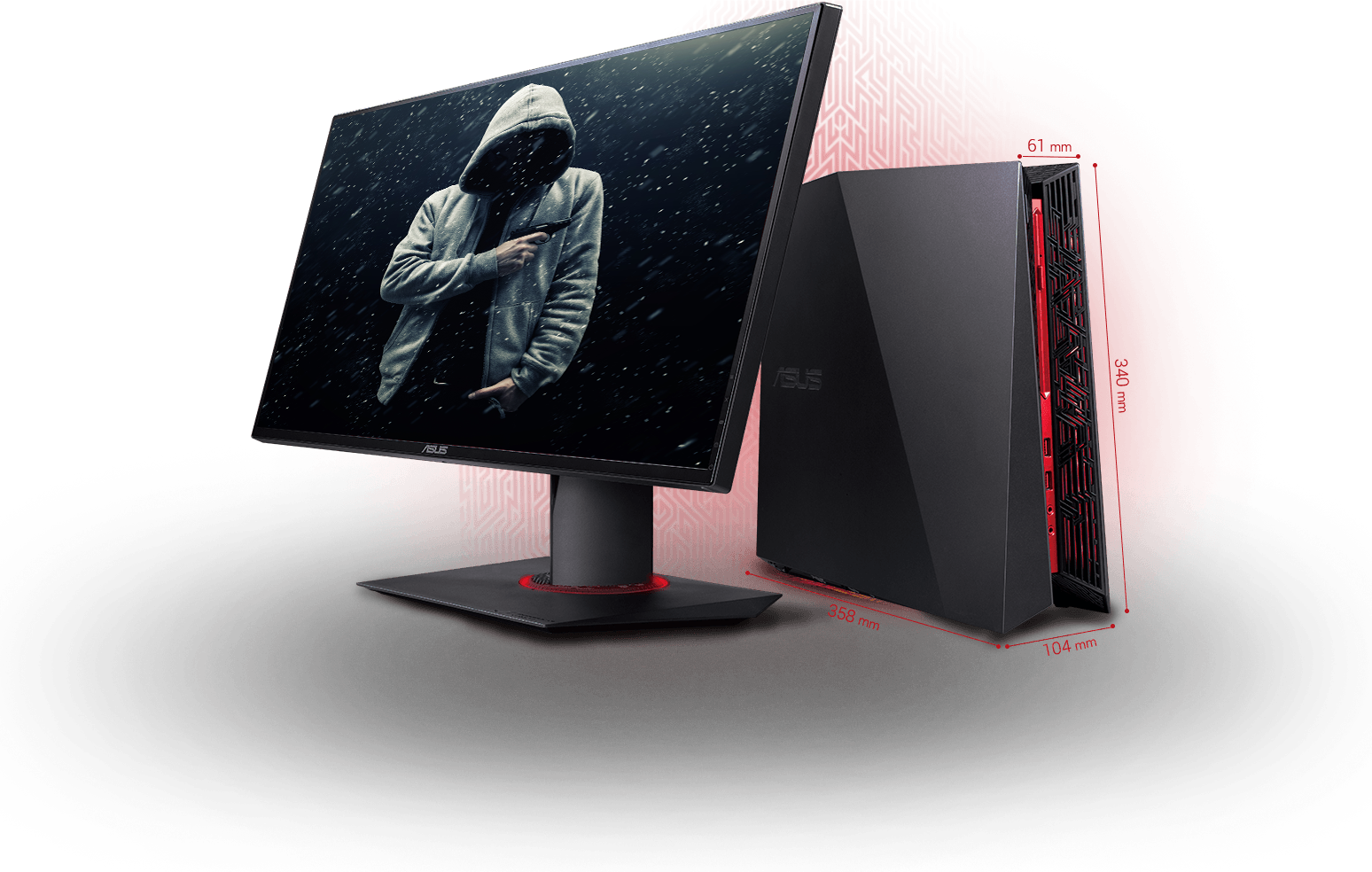 Under the hood, ROG G20 can be specced with up to a AMD FX-Series Processor to give you unprecedented levels of gaming and multitasking performance. G20 gives you the power to take on the most demanding of tasks, allowing you to play games at their highest settings, and even create awesome websites and 3D models for work. 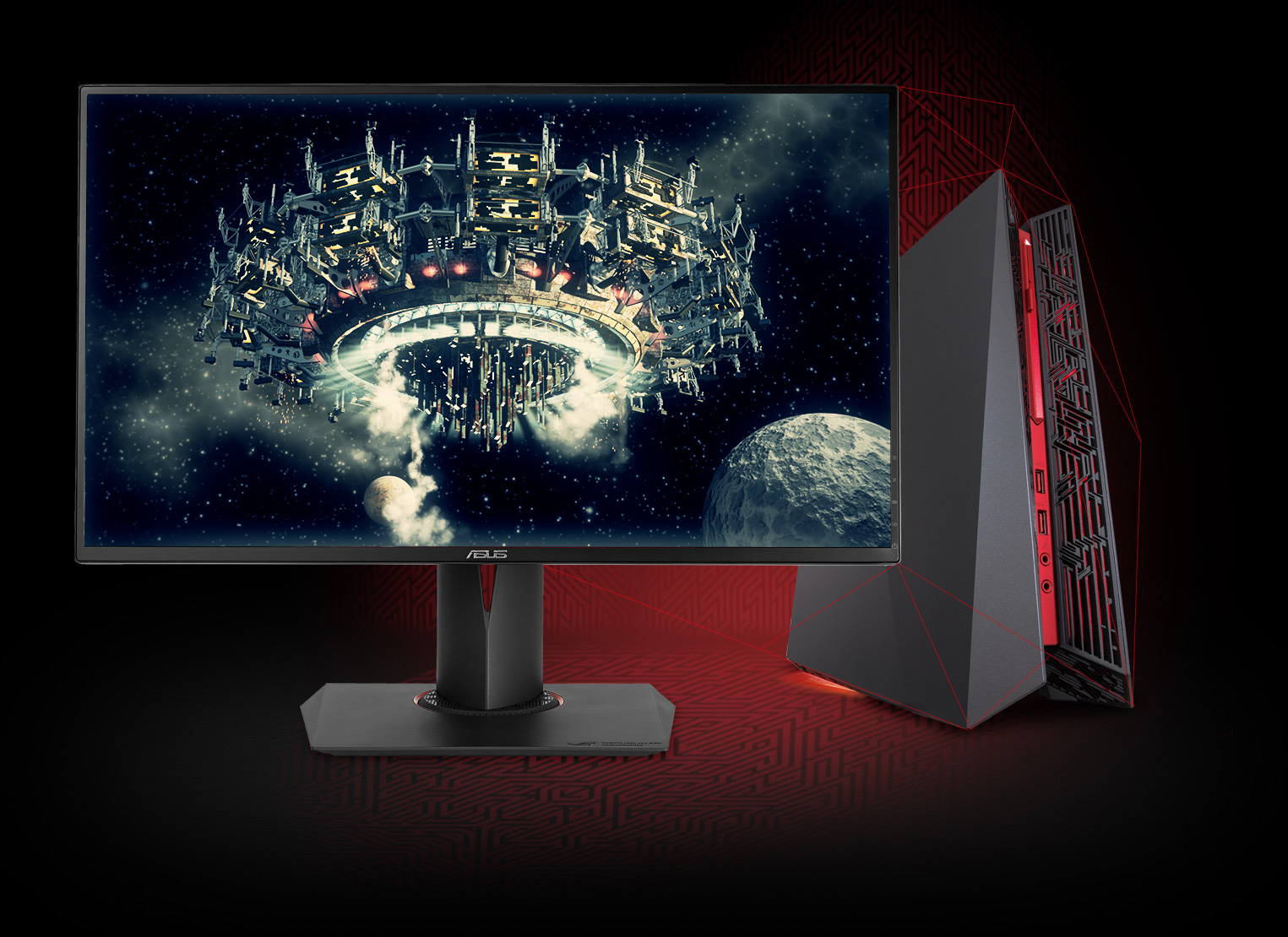 ROG G20 is available in a variety of factory-customized configurations to fulfill all your needs including customized to have solid state storage. SSD on ROG G20 accelerates data access, resulting in a faster and more responsive system. SSDs are also more reliable and longer-lasting than mechanical hard drives. 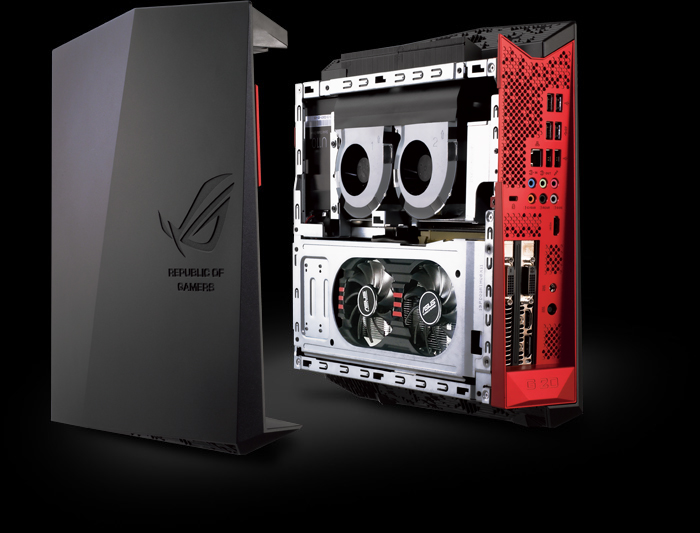 ROG G20 has a bold design that features a matte-black finish, aggressive lines and Mayan-inspired markings. Customizable lighting effects showcase up to 8 million colors across the chassis, reflecting the feel of any game you're playing to take your gaming experience to a whole new level.

Immersive visuals aside, the best gaming desktops take your gaming experiences further through audio. Through a unique mix of hardware and audio tuning software, SonicMaster brings you right into the fight. Gunshots ring out, explosions reverberate and even footsteps become auditory cues on the digital battlefield. Be immersed in battle whether you're using a headset or speakers3. ROG AudioWizard sound processing provides ROG Desktops with an additional layer of audio enhancement, with up to five customizable modes you can easily switch on-the-fly. 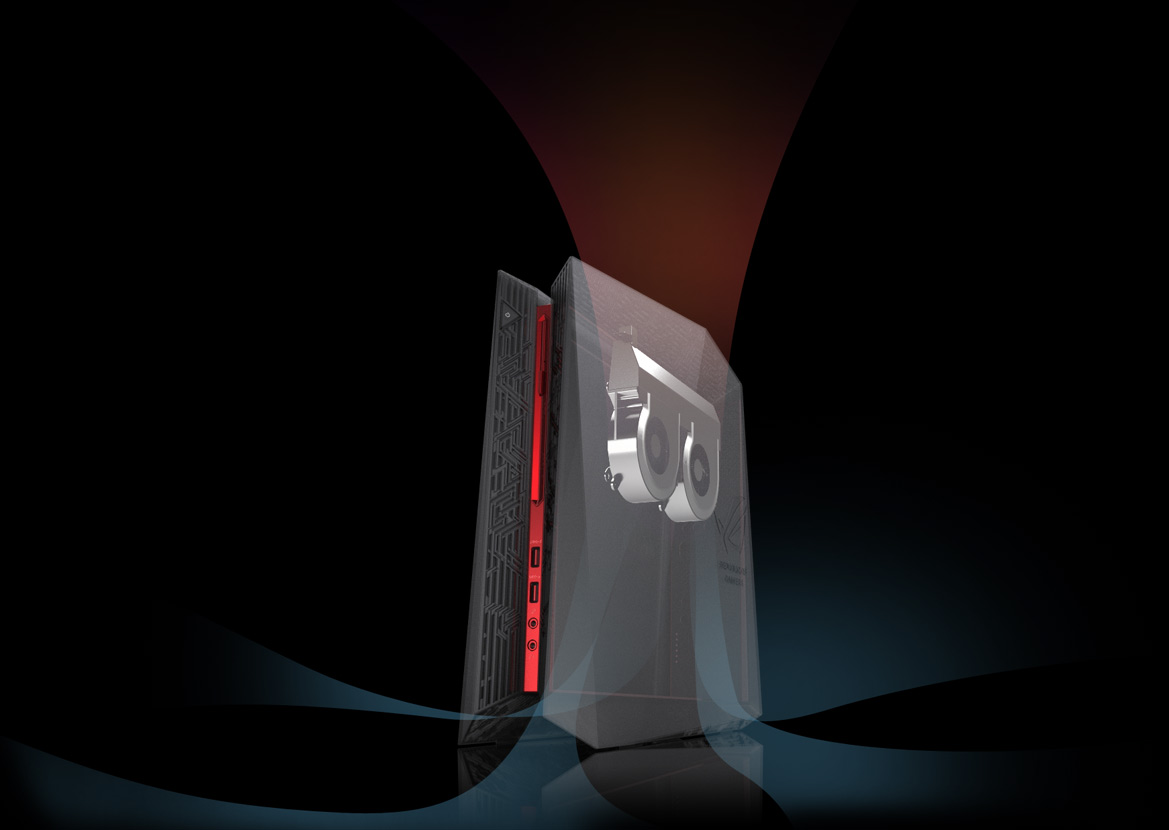 ROG G20 Gaming Desktop PC comes with all the connectivity options you need. It features a total of eight front and rear USB ports, so there's always a port available for all sorts of gaming peripherals. Hook ROG G20 up to an HDTV through an HDMI connection for large screen entertainment and gaming too.