G703 is a beast with the power to take on todays gaming desktops, thanks to its factory-overclocked 8th Generation Intel® Core™ i7 processor and NVIDIA® GeForce RTX™ 2080 graphics. Designed to play the latest AAA titles on Ultra graphics settings, this powerful Windows 10 Pro laptop features an IPS-level display with a 144Hz refresh rate and ultrafast 3ms gray-to-gray (GTG) response time for smooth visuals with little or no motion blur. ROG-exclusive software lets you switch between an Optimus power-saving mode or NVIDIA G-SYNC™ to experience the smoothest gameplay without stuttering and visual tearing. G703 speeds up loading times with its three NVMe® PCI Express® SSDs in RAID 0 configuration offering read speeds of up to 8700MB/s the fastest storage ever found on a laptop. Its wireless performance goes above and beyond today's networking standards; a 2.5G port delivers speeds more than twice the industry while Intel Gigabit Wi-Fi reaches up to 1.7Gbps 12X-faster than 802.11b/g/n1!

With G703, you can enjoy the latest AAA titles at maxed-out settings for truly immersive gaming experiences. Its powered by a factory-overclocked Intel Core i7 processor thats capable of hitting an incredible 4.8GHz (all-core) surpassing stock speed by more than 11%! And it doesnt stop there: The all-new NVIDIA® GeForce RTX™ 2080 GPU enables photorealistic graphics thanks to real-time ray tracing technology and AI-enhanced image processing. The GPU boosts up to 1880MHz at 200W, with 8GB of GDDR6 VRAM clocked at 7200MHz, and both can be overclocked even further. The ROG-exclusive Armoury Crate utility puts all this performance at your fingertips via an intuitive dashboard. Overclock at will and push G703 to its limits with just a few mouse clicks. 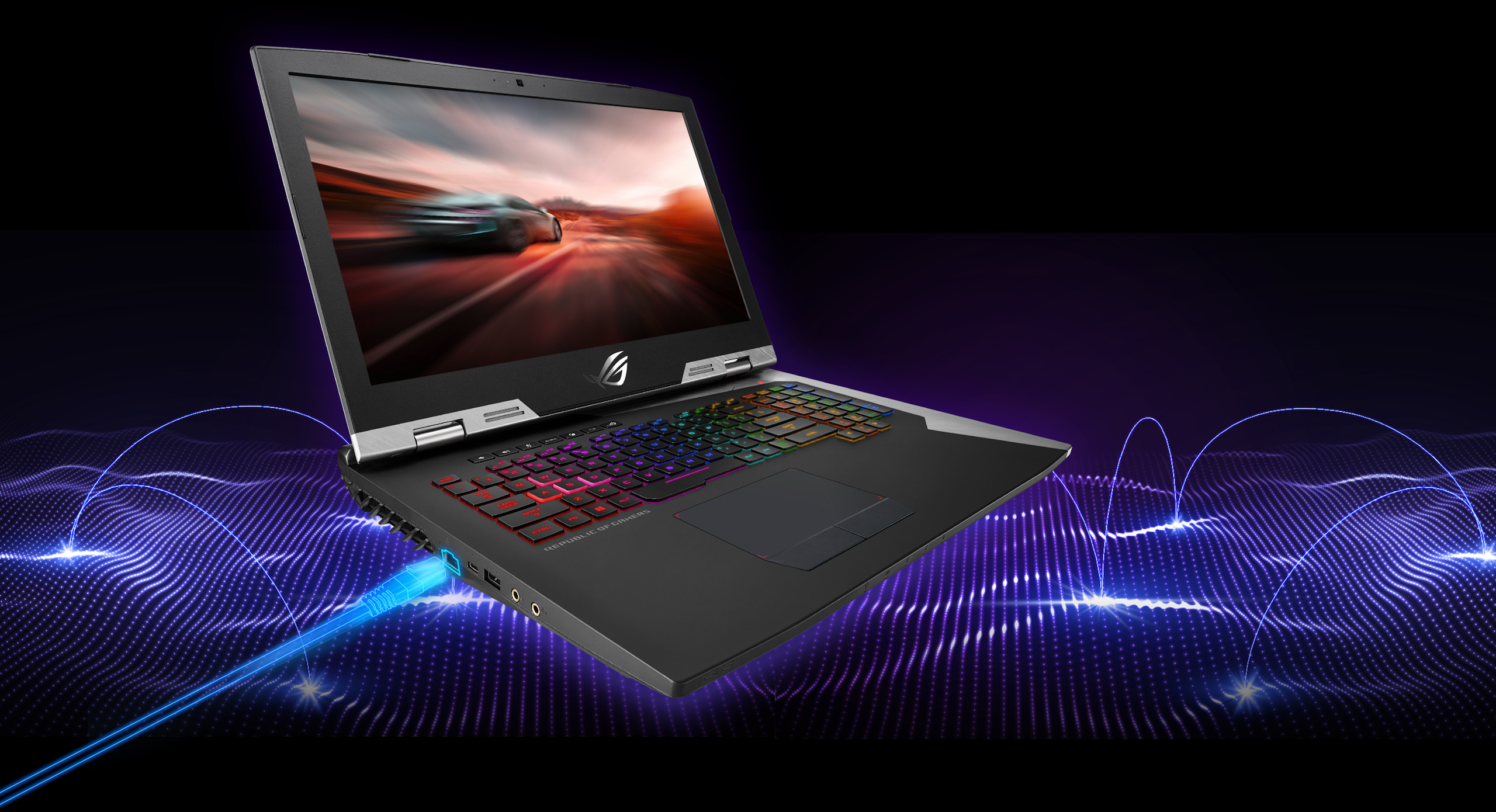 G703 gives you extensive connectivity, including Thunderbolt™ 3 with a USB-C™ connector, mini DisplayPort, and HDMI 2.0a output to external displays. Thunderbolt 3 delivers lightning-fast transfer rates of up to 40Gbps thats 4X the bandwidth of USB 3.1! All ports support 4K UHD output at 60Hz, too, so you have the freedom to connect up to three external displays simultaneously for multitasking, gaming, or entertainment. On top of that, there are three USB 3.1 Gen 2 ports so hooking up your gaming peripherals is a cinch.

With cutting-edge NVIDIA® GeForce RTX™ 2080 graphics and the cooling performance of HyperCool Pro, G703 blurs the boundary between the real and virtual world. Not only does it offer you supersmooth, stutter-free gaming visuals, its plug-and-play compatible with leading VR headsets as well. Experience fully-immersive VR environments and transcend reality!