Underestimate ROG GR8 II at your own peril! Despite its compact dimensions, this 4-liter gaming PC delivers performance levels that rival many established gaming desktops. The ROG GR8 II is the world's smallest VR gaming powerhouse, and is armed with a custom ASUS GeForce GTX 1060 graphics card for fast and smooth gameplay, and highly detailed in-game visuals. Its VR-friendly design features two HDMI ports to hook up your VR headset and display simultaneously, so you can enter virtual worlds in an instant. The GR8 II is powered by the latest desktop-grade 7th Generation Intel Core i5 quad-core processor with 32GB of dual-channel DDR4 memory more than enough processing power for today's AAA gaming titles.

2.5-inch hard disk drive provide a combination of fast data read and write speeds, along with large storage capacities for your game and media libraries. It also includes ASUS Aura Sync lighting effects and other gaming-centric features. With all these features, GR8 II is a force to be reckoned with. ROG GR8 II is a console-sized 4-liter gaming PC that is ideal for any room, and can be connected to your TV for big screen entertainment. It's also compact and light enough to bring and dominate at LAN parties.

ROG GR8 II has a bold spacecraft-inspired design with a matte black finish. Compact and aggressively-designed, the GR8 II features chiseled, sharply-angled side panels and a Plasma Copper-colored mid-frame for an eye-catching aesthetic that stands out among other gaming desktops. Additional design elements include a perfectly-framed ROG logo on the side panel, along with distinctive markings and dynamic ASUS Aura effects on three areas across the front face of the chassis. Plug-and-play compatibility with leading VR headsets driven by NVIDIA VRWorks technologies lets you experience immersive environments with VR audio as well as physics and haptics, so you'll hear and feel every moment. Strap on your VR headset, fire up GR8 II and enjoy smooth, low-latency and stutter-free VR worlds.

ROG GR8 II features two HDMI ports, so you can hook up two displays for your Twitch streaming session and chat room. You can even play games at their highest settings on up to three HD displays simultaneously through DisplayPort. NVIDIA 3D Vision™ technology adds an extra dimension to your gaming experience. All you need is a pair of 3D glasses for an even more immersive gaming and movie-watching experience. ROG GR8 II is powered by a 7th Generation Intel Core i5 processor for unprecedented levels of gaming and multi-tasking performance. This latest iteration delivers an 8% performance boost**versus the previous generation.Advanced four-core processing power and Turbo Boost provides 14% faster speeds so you get more done in less time.

In addition, DDR4 SDRAM provides speeds up to 2.1 GT/s twice that of DDR3 for increased system stability. The GR8 II has the power to run games at their highest visual settings: Play 4K UHD videos and or run 3D modeling programs the GR8 ll can handle it all. ROG GR8 II has a specially-tuned cooling system with an optimized airflow design, copper heat pipes and dual fans to purge heat from the system. Cleverly-designed vents and dedicated chambers for the processor and graphics card ensure the right amount of airflow to each component to provide you with stable performance for non-stop gaming marathons.

ROG GR8 II draws less than 30W at idle and delivers quiet performance, with noise levels of 23dB at idle. This low- noise design makes it perfect for your living room or bedroom. Uniquely intelligent technology that effectively caches an entire storage device so that favorite games and apps launch at breakneck speeds, getting to work the moment it's activated. RAMCache II turns milliseconds into microseconds to boost game-load times -- and of course it's compatible with the latest NVM Express storage options!.Smart mode: Automatically caches all your storage devices at the same time for optimal use of your system's caching resources.

ROG GR8 II's awesome SupremeFX audio technology has levelled up, delivering an exceptional 103dB signal-to-noise ratio on the line-in connection for the very best recording quality. An ultra-low distortion Texas Instruments RC4580 op amplifier helps bring out the minute audio details, even when you're listening through headphones! These features all add up for truly immersive audio.

ROG GR8 II's Sonic Studio III audio-effects station has an intelligent routing feature made for streaming. The new routing feature ports streams to different outputs, giving you full control over who hears what. With Sonic Studio III, you now can share your exciting in-game moments without worrying about frivolous DCMA takedown requests. In addition to that, Sonic Studio III also comes with app-level preferences for instant audio profiles, and improved noise filtering for conversations with total clarity! Scan and detect to dominate

We've given Sonic Radar III an overhaul, evolving the audio engine to process sounds more accurately than ever, ensuring you're always aware of what's going on around you and we've even added an onscreen arrow to help you pinpoint the enemy's position instantly! See the origin of key in-game sounds and hone your enemy-pinpointing skills. Plus the new audio boost feature provides filters that let you hear even the faintest sounds, so you can become the hunter, not the hunted!

ROG GR8 II comes with all the connectivity features needed for your gaming peripherals. With a total of six USB ports (including two on the front panel), two HDMI ports and one DisplayPort, you can connect GR8 II to your VR headset and display simultaneously for immersive virtual reality experiences without having to swap cables. You can even hook up ROG GR8 II to an HDTV via HDMI for a more immersive gaming experience or big-screen entertainment. 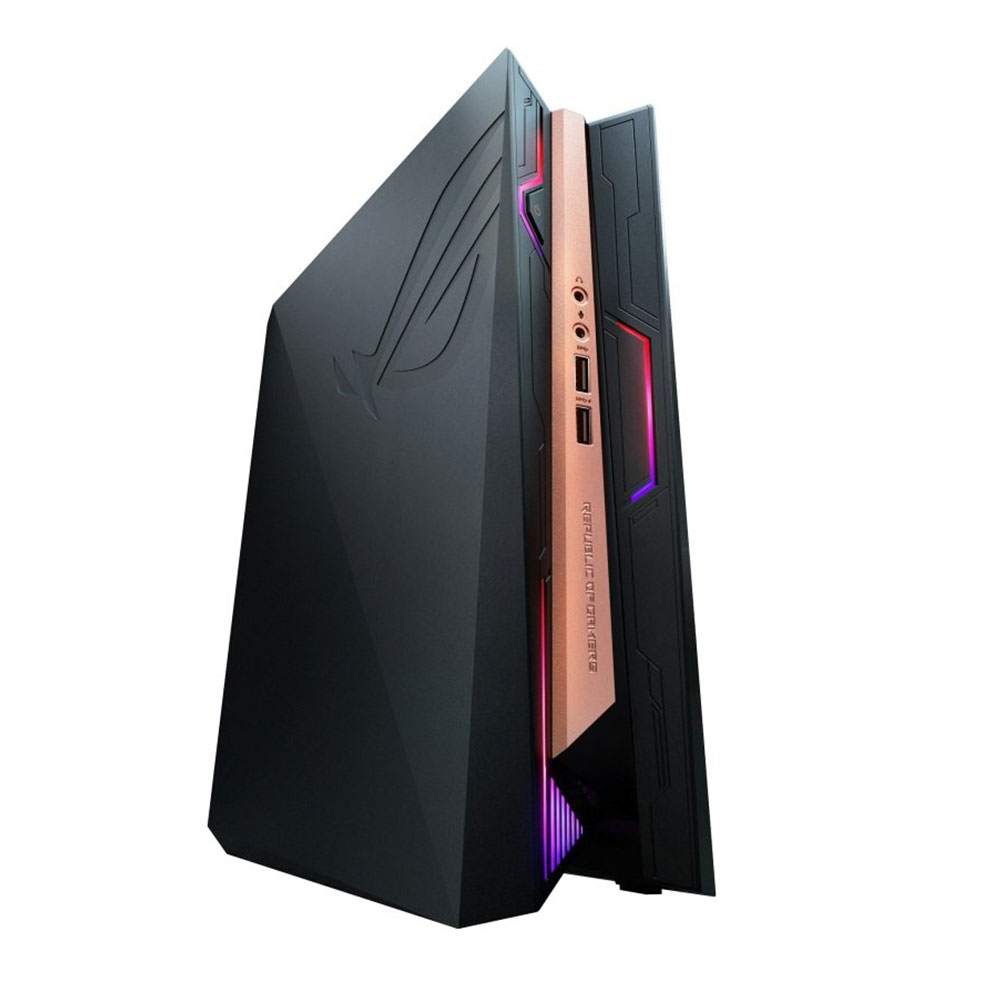 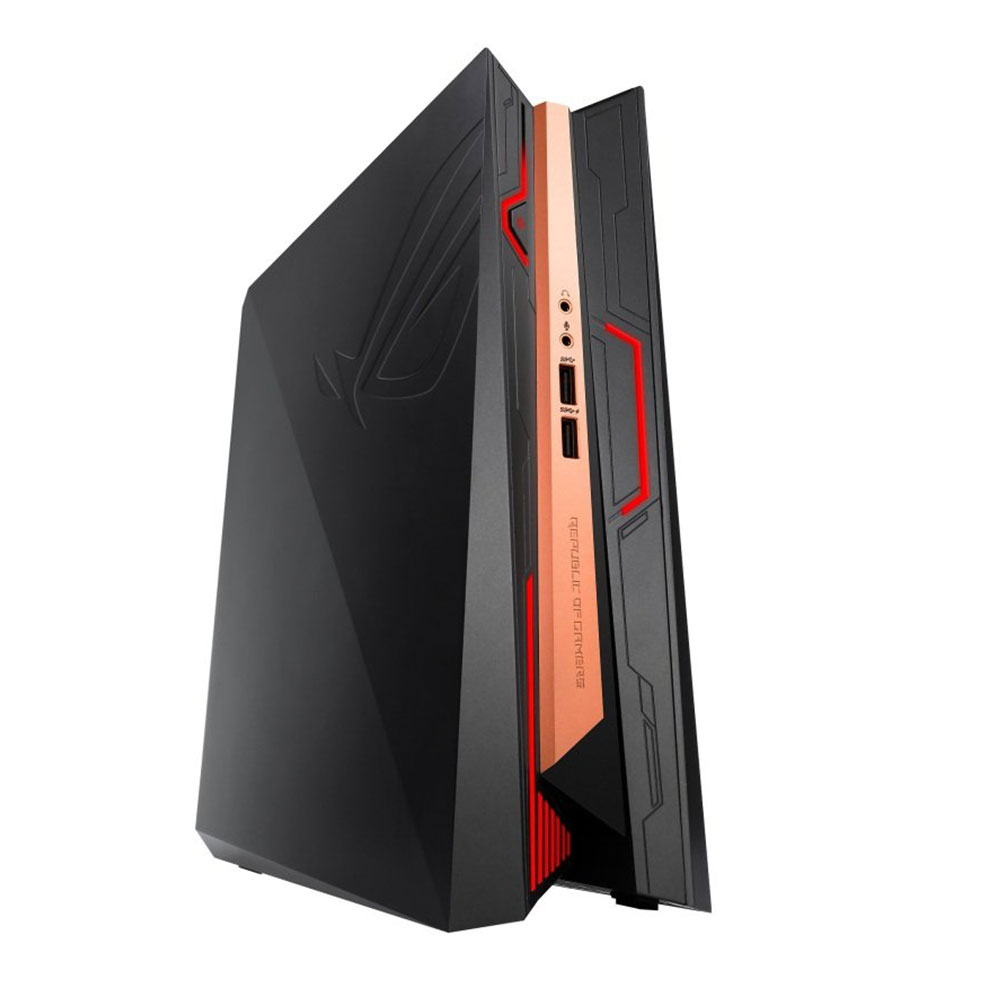 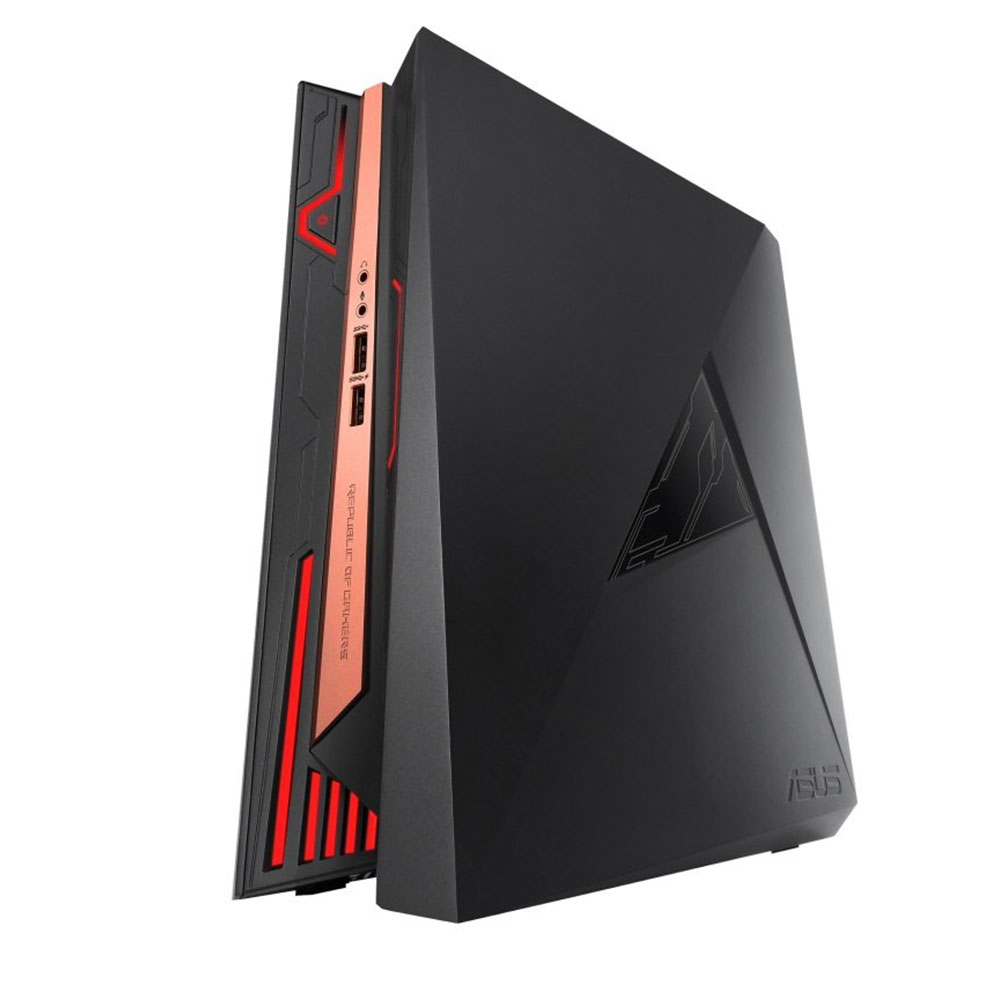 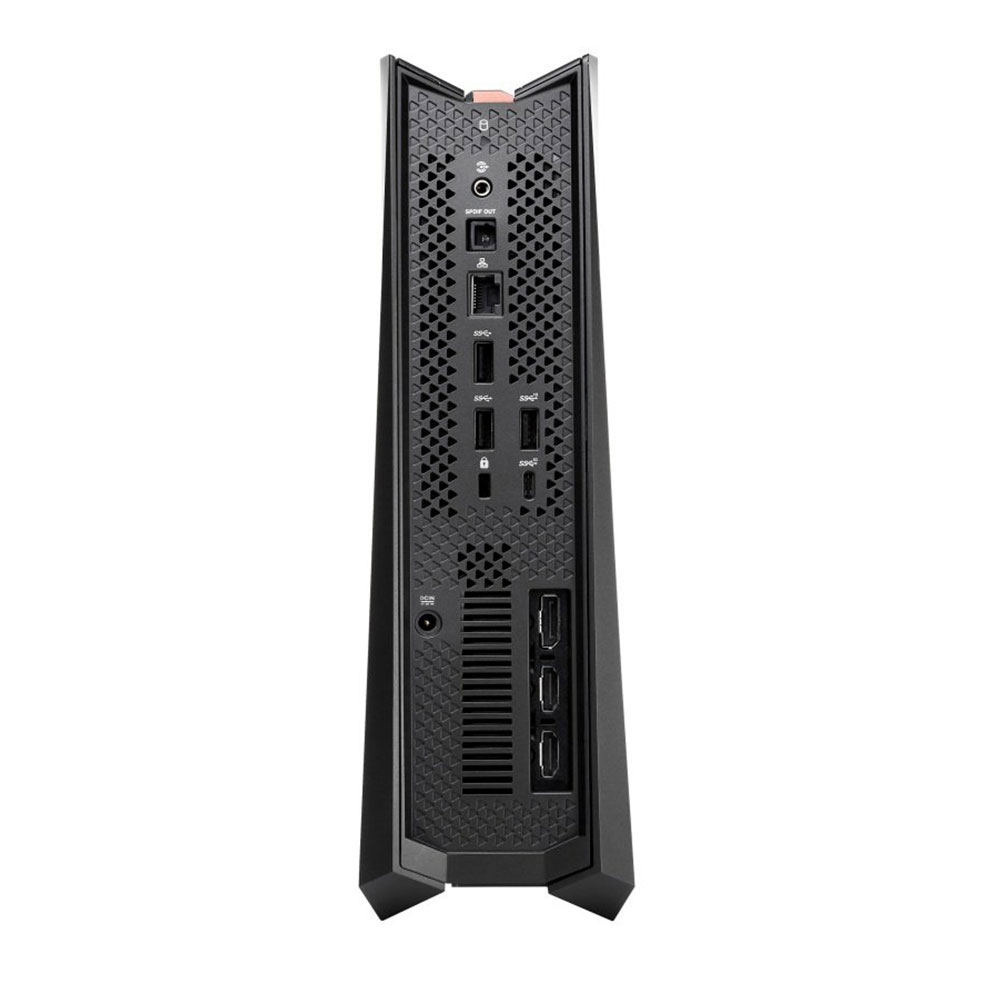