- The successor to Pro Gaming motherboards

Create your own custom LED lighting effects with the intuitive Aura software. Cast a stunning multi-color glow across your build with the powerful RGB LEDs built in to ROG Strix B350-F Gaming, or attach separate RGB strips using the two onboard 4-pin headers. You can even use both at the same time and enjoy perfect lighting synchronization. Fire up Aura and enjoy the creative freedom of twelve different lighting themes.

ROG's awesome SupremeFX audio technology has levelled up, delivering an exceptional 113dB signal-to-noise ratio on the line-in connection for best-ever ROG recording quality! We've also added a low-dropout regulator for cleaner power delivery to the SupremeFX S1220A codec, plus Texas Instruments RC4580 and OPA1688 op-amps for high gain with low distortion. It all adds up to audio that envelops you as never before!

ROG Sonic Studio III audio-effects station has an intelligent routing feature made for streaming. The new routing feature ports streams to different outputs, giving you full control over who hears what. With Sonic Studio, you now can share your exciting in-game moments without worrying about frivolous DCMA takedown requests. In addition to that, Sonic Studio III also comes with app-level preferences for instant audio profiles, and improved noise filtering for conversations with total clarity!

SCAN AND DETECT TO DOMINATE

We've given Sonic Radar III an overhaul, evolving the audio engine to process sounds more accurately than ever, ensuring you're always aware of what's going on around you and we've even added an onscreen arrow to help you pinpoint the enemy's position instantly! See the origin of key in-game sounds and hone your enemy-pinpointing skills. Plus the new audio boost feature provides filters that let you hear even the faintest sounds, so you can become the hunter, not the hunted!

FOR YOU AND THE WAY YOU PLAY!

You don't need to be an expert to max out gaming performance on your ROG Strix B350-F Gaming build because 5-Way Optimization sorts all the complex settings with a click, for instant, highly-controllable performance boosts! Our exclusive technology dynamically optimizes essential aspects of your system based on real-time use, so you get superb CPU performance, everyday energy savings, ultra-stable digital power, cool and quiet fans and even networking and audio settings that are tailored for the apps that you are using. In short, 5-Way Optimization ensures that your PC is perfect for gaming, entertainment, productivity or just about anything else!

Play quieter and cooler with advanced fan and water-pump controls for the ultimate in undisturbed gaming. With onboard thermal sensors and hardware-level 4-pin/3-pin PWM/DC mode detection, Fan Xpert 4 makes sure every fan achieves the best balance of high cooling performance and low noise -- so you enjoy all the performance you demand with none of the racket!

Uniquely intelligent technology that effectively caches an entire storage device so that favorite games and apps launch at breakneck speeds, getting to work the moment it's activated. RAMCache II turns milliseconds into microseconds to boost game-load times -- and of course it's compatible with the latest NVM Express storage options!

The smoothest, slickest mouse-controlled graphical BIOS has been improved to make it even more appealing. Whether you're a PC novice or a seasoned overclocker, the EZ and Advanced Modes help you find your way. In EZ Mode you can get set up very quickly, applying the date and time, fan profiles and Intel Extreme Memory Profile (XMP) memory profiles. Switch to Advanced Mode to set up favorites and shortcuts, record and review recent changes with Last Modified or make notes in Quick Notes.

TEAM UP TO BANISH LAG

GameFirst IV optimizes network traffic for faster, lag-free online gaming and now we've added Multi-Gate Teaming to team all your networks for maximum bandwidth and the smoothest-ever gameplay. You'll also enjoy all-new Intelligent mode, which automatically compiles a database by parsing new app data to ensure that every game is optimized for the best performance.

LET YOUR SSD SCREAM AT SPEEDS OF UP TO 32GBPS

With x4 PCI Express 3.0/2.0 bandwidth, M.2 supports up to 32Gbps data-transfer speeds. It is the perfect choice for an operating system or application drive, making your whole gaming PC or professional apps work as fast as possible.

With USB 3.1 Type-A, you'll experience data-transfer speeds of up to 10Gbps twice as fast as USB 3.0. USB 3.1 is also completely backward-compatible with existing USB devices, so you'll be set for breakneck USB 3.1 speeds with every connection. And as an added bonus, ASUS-exclusive USB 3.1 Boost technology automatically accelerates USB 3.1 performance even further.

STAY IN THE GAME

IMAGE YOUR DRIVES, THE SMART WAY

All-new ROG Clone Drive is the smart, convenient cloning solution that quickly and efficiently replicates hard drives or SSDs. Clone Drive is so smart that it can clone one drive to two target drives at the same time, or image any file from your disk at breakneck speeds.

As system parts are visible in custom PC builds, make yours stand out from the competition with 3D-printed accessories.

ROG Strix B350-F Gaming isn't just VR Ready it goes way beyond! The ASUS ROG Beyond VR Ready marque means that ROG Strix B350-F Gaming has been tested with loads of class-leading components to ensure that your productivity, gaming and entertainment needs are tuned for maximum performance after you've taken off the headset. ASUS Beyond VR Ready opens up a new way to configure and build your dream system with total confidence. 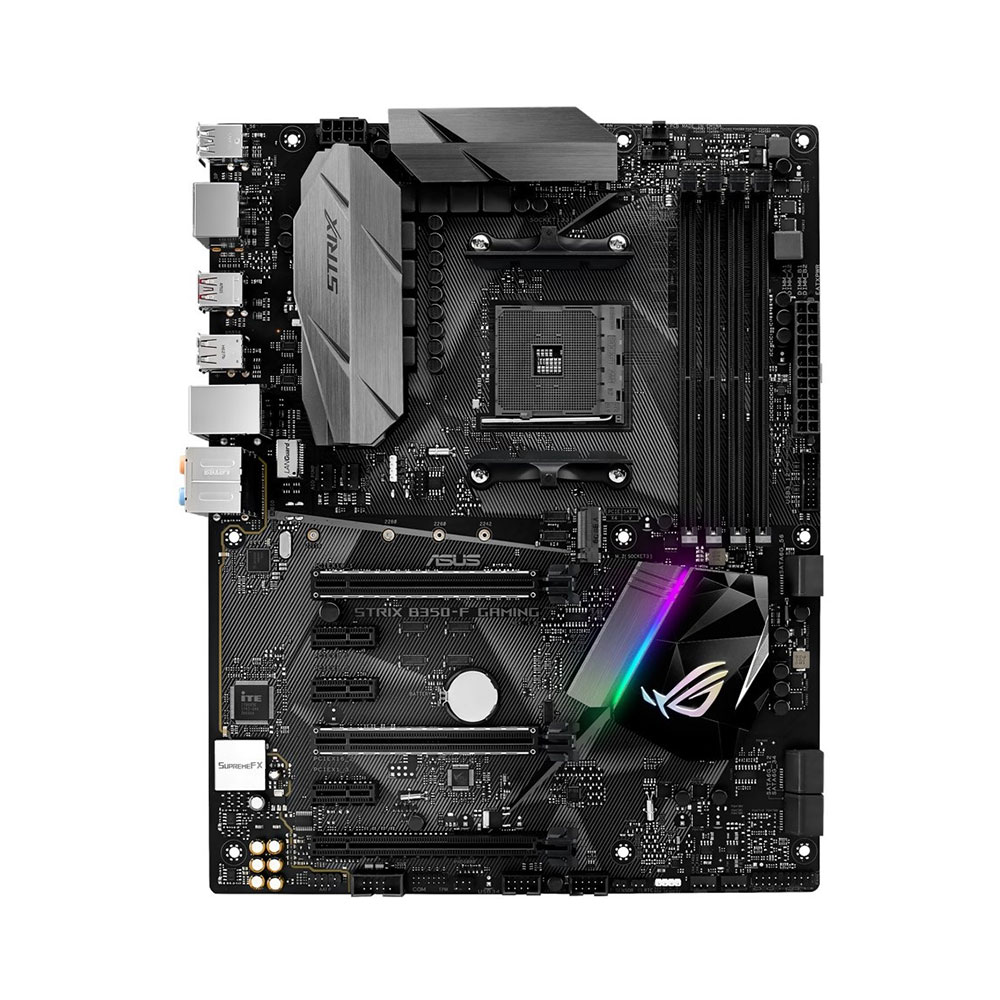 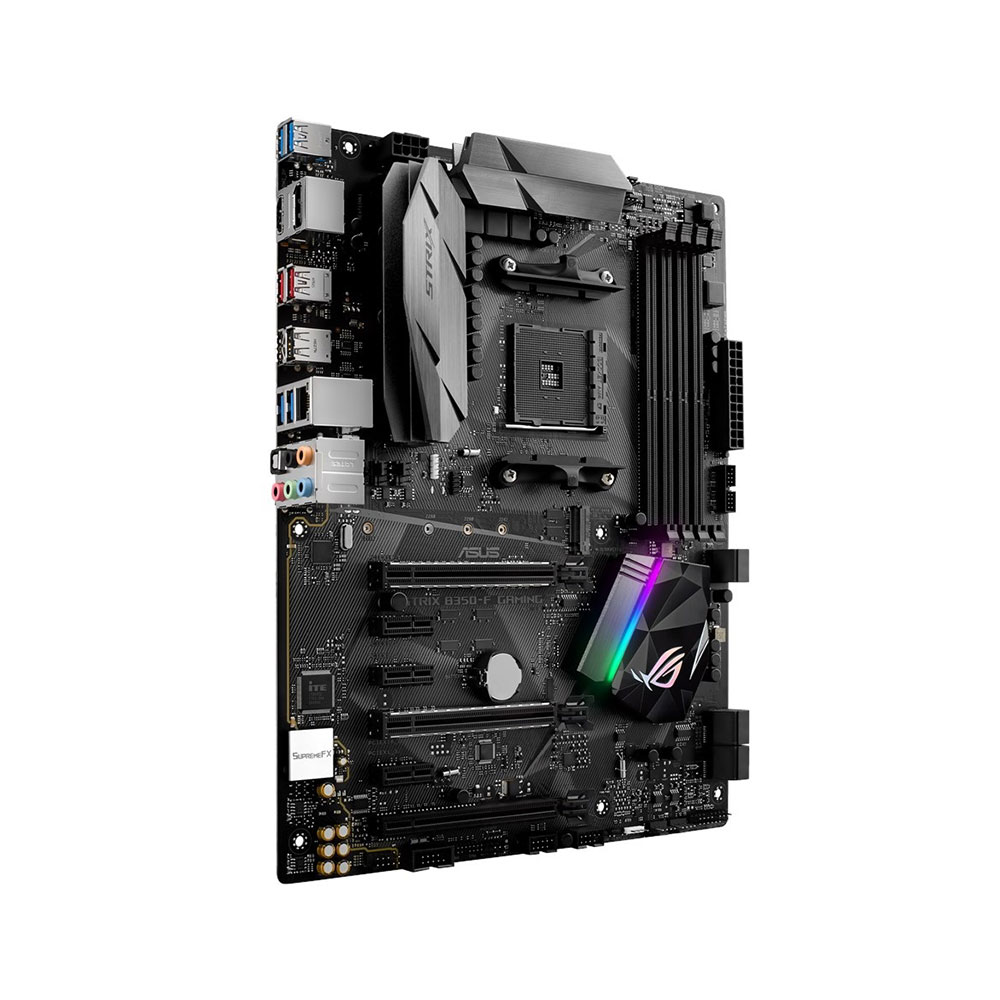 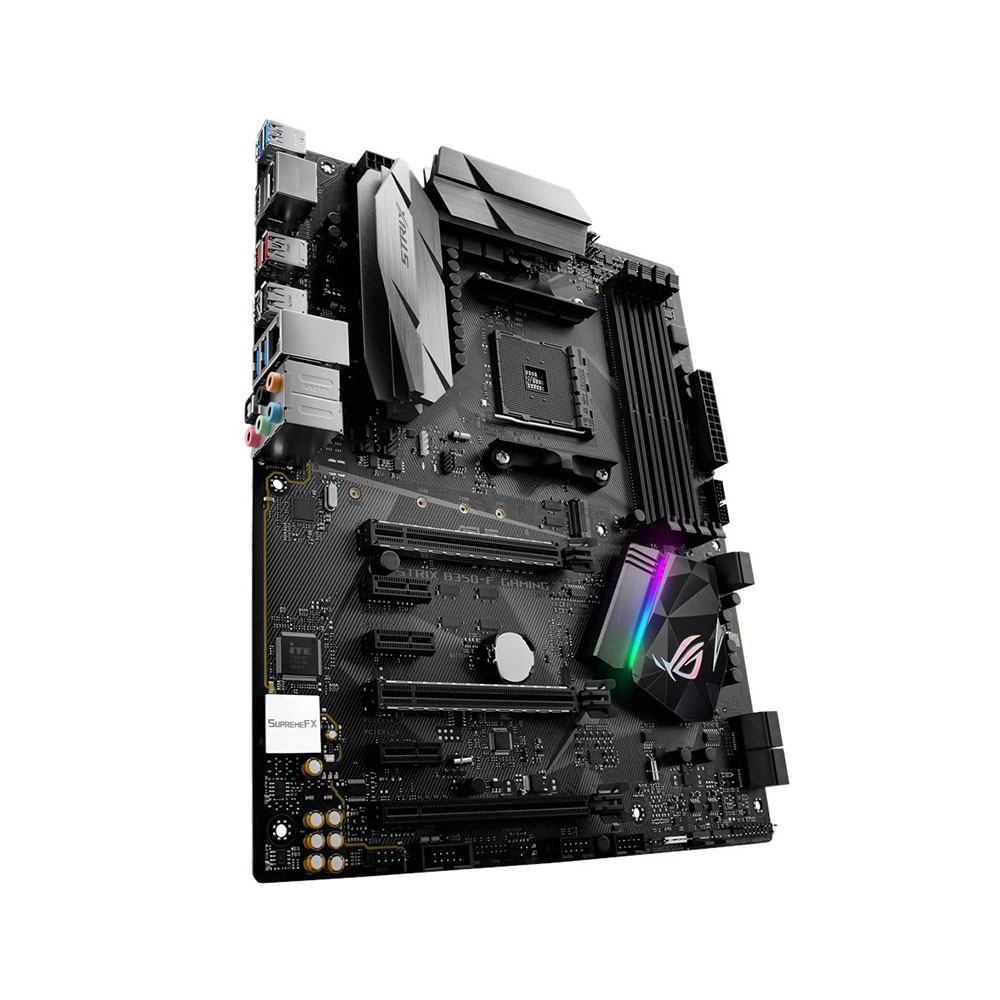 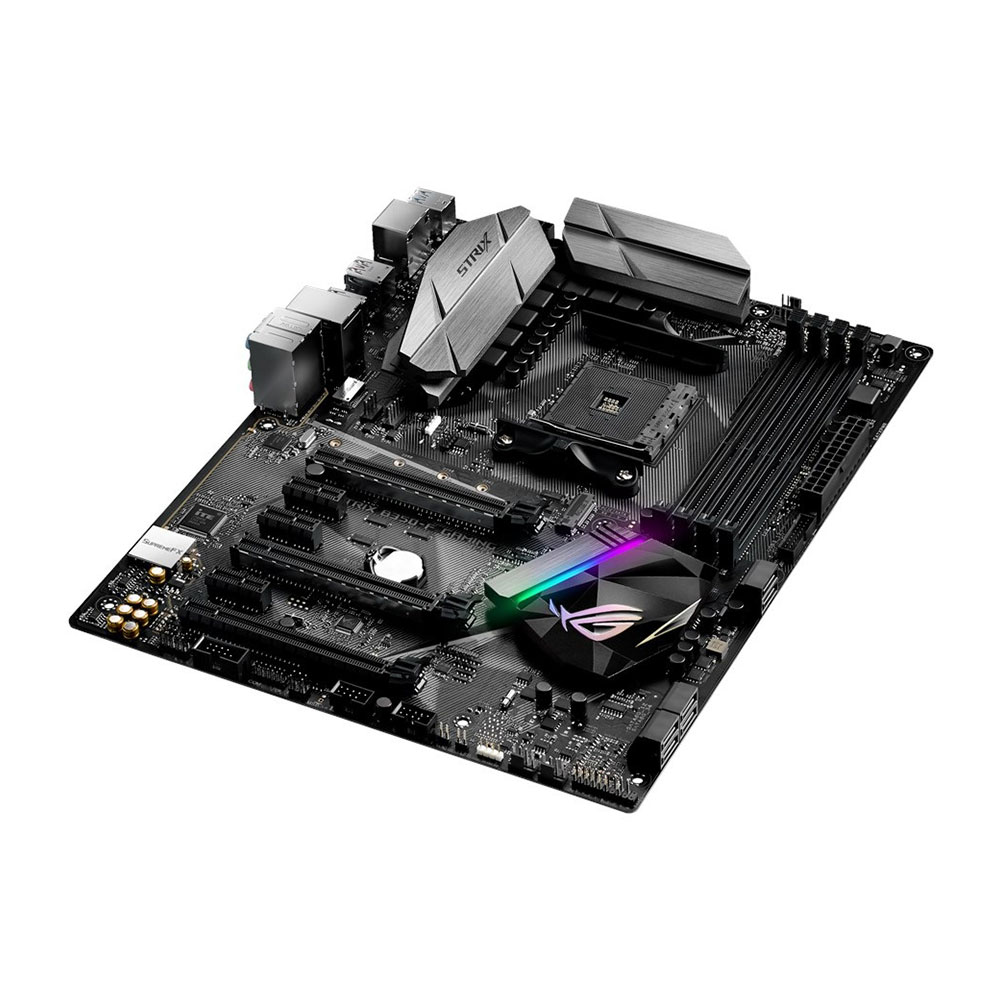 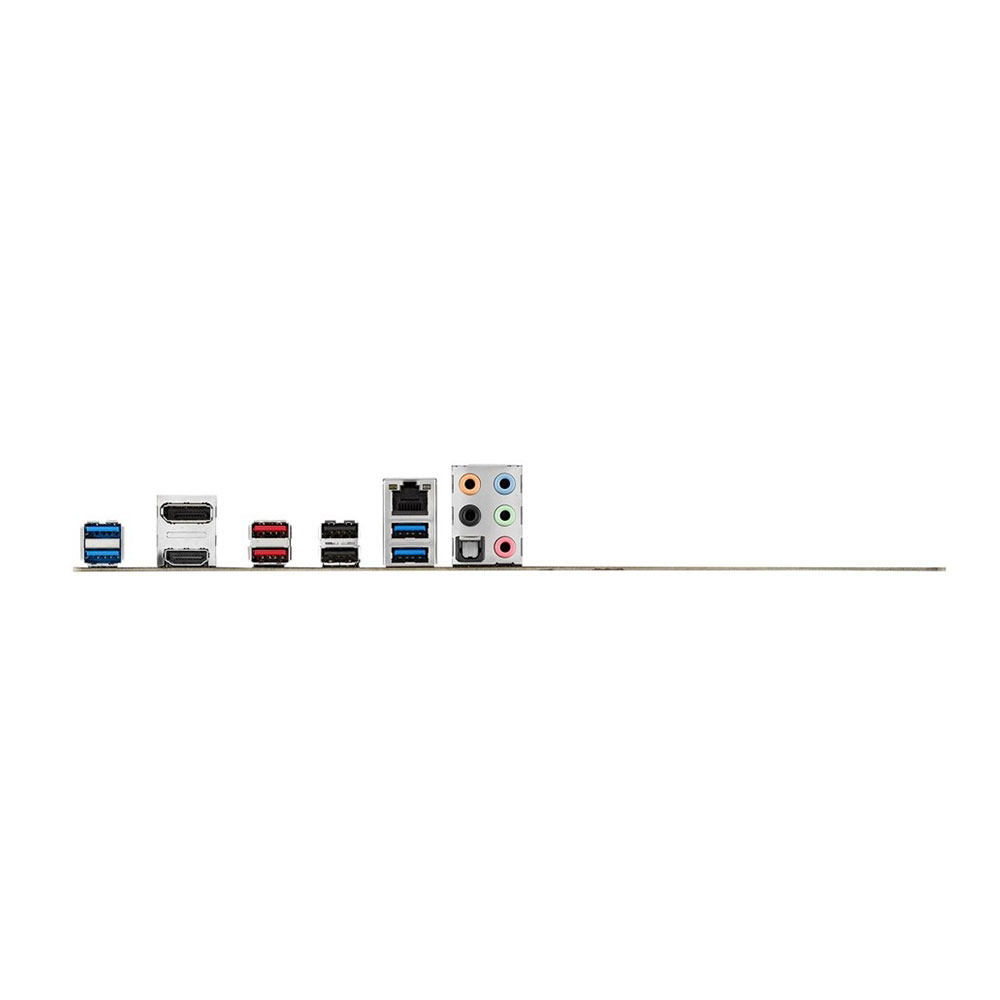 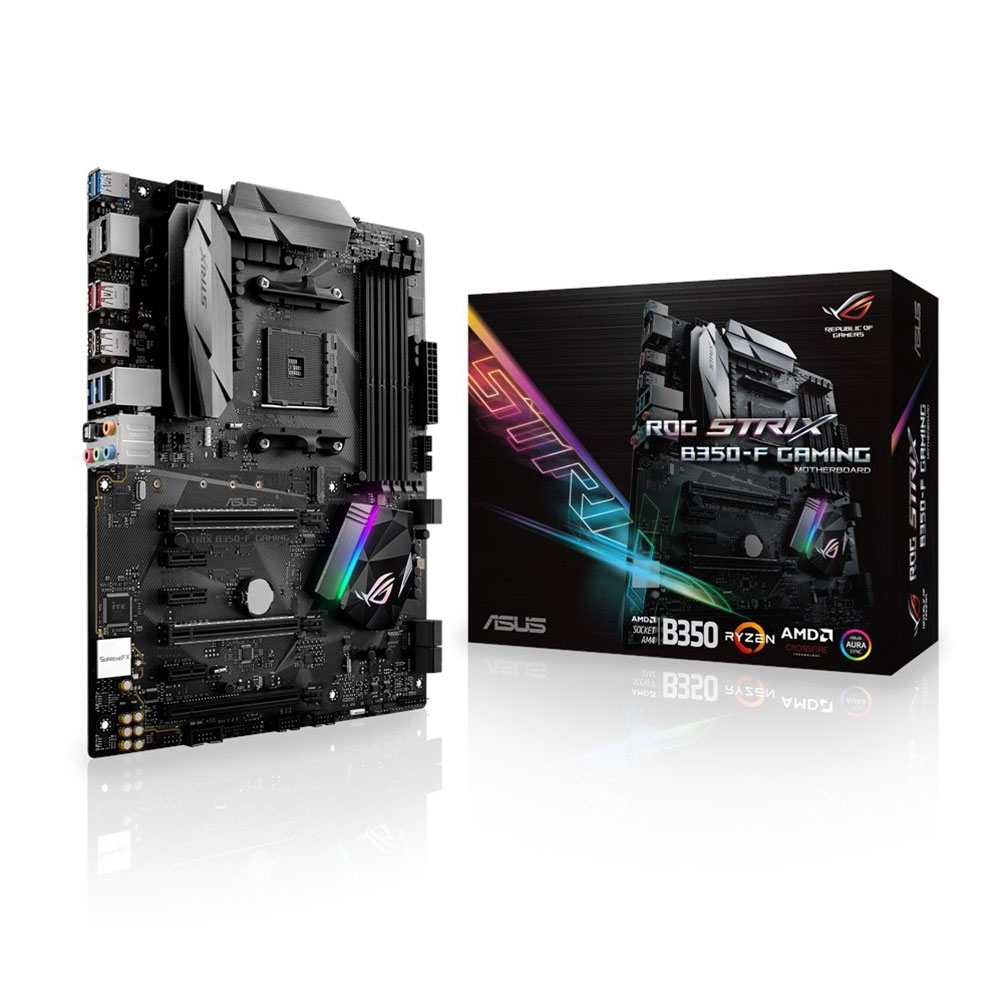