ROG Strix GL702VI is the gaming laptop that packs everything you need to win, including NVIDIA® GeForce® GTX 1080 graphics, Windows 10 Home, the latest Intel® Core™ i7 Processor, and a tremendous 120Hz G-SYNC™ panel. Loaded with premium components and styled to impress, ROG Strix GL702 is the all-conquering companion for every gaming adventure! 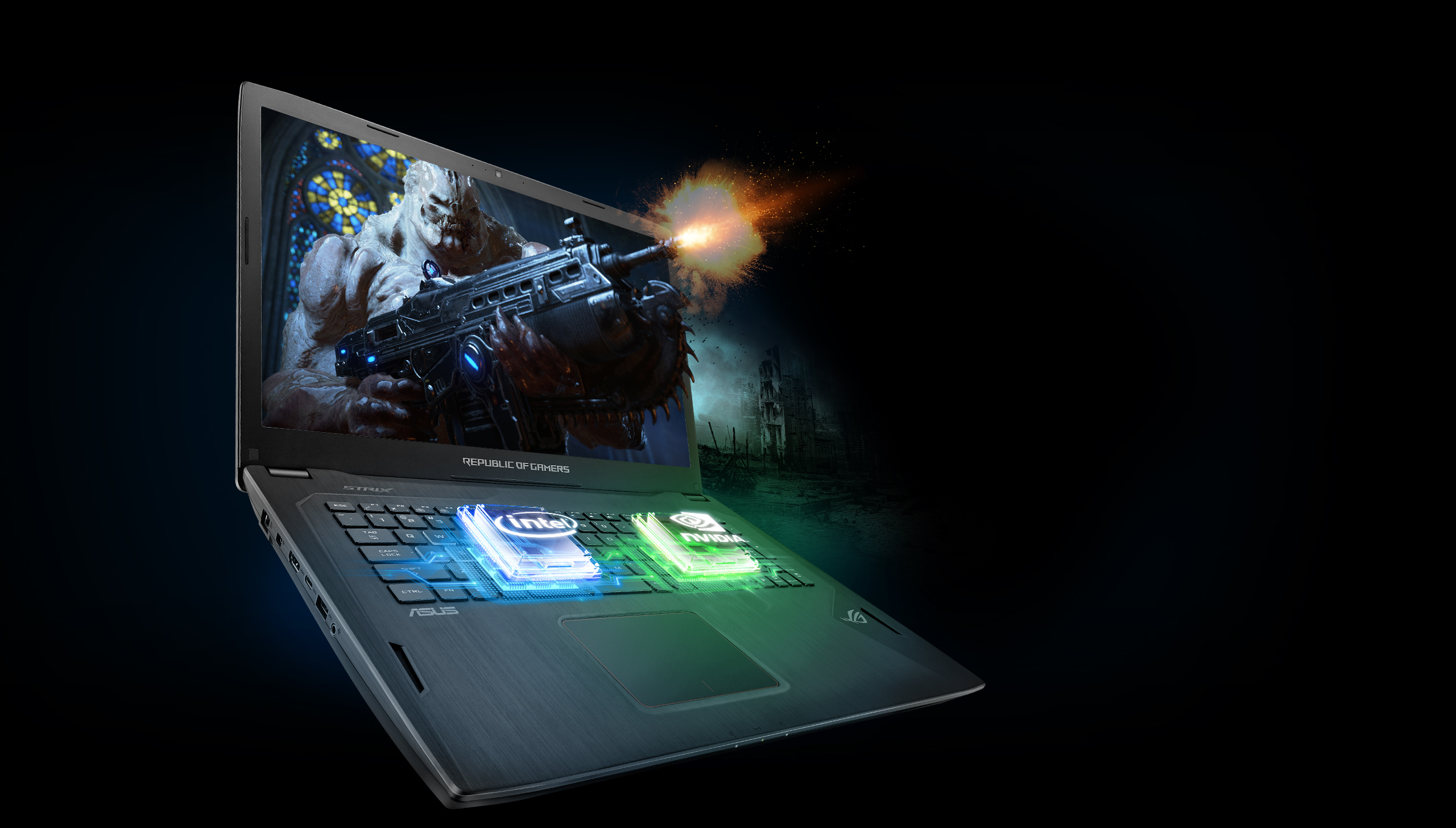 Strix GL702 is equipped with a four-zone, Aura RGB-backlit keyboard with chiclet-style keys and a demarcated WASD group for fast, accurate control even in the dark. With seemingly endless colors, keyboard lighting can be fully customised to suit your personality. And these keys don't just look good: The refined aesthetic is backed by precisely engineered scissor switches with 1.8mm travel, for keystrokes that feel great and hit their mark, every time!

NVM Express® PCIe® 3.0 x4 enables superfast data access speeds, so you'll spend less time waiting and more time gaming! Through clever optimisation of hardware and software, Strix GL702 with an NVMe SSD provides extreme read speeds of up to 3000MB/s. That's up to 4.3X faster than PCIe x2 and an astonishing up to 35X faster than traditional hard drives!

Strix GL702 uses heat pipes and a dual fan system to cool the CPU and GPU independently. The pair of 12V fans increase air flow through the chassis by 35%, and maximise cooling efficiency to provide stability for intense gaming marathons with GTX 1080 graphics.

The VR-ready NVIDIA GeForce GTX 1080 GPU in the Strix GL702 drives demanding virtual-reality games with great speed, supreme smoothness and without stutter immersing you convincingly in an infinite number of other worlds.

BOOST SPEAKER VOLUME UP TO 200%

Strix GL702 includes stereo speakers that are carefully engineered and arranged to deliver crisp, clear and powerful audio. Built-in smart-amplifier technology monitors audio output and makes real-time adjustments, so you can pump the volume up to the max without worrying about damaging the cones. 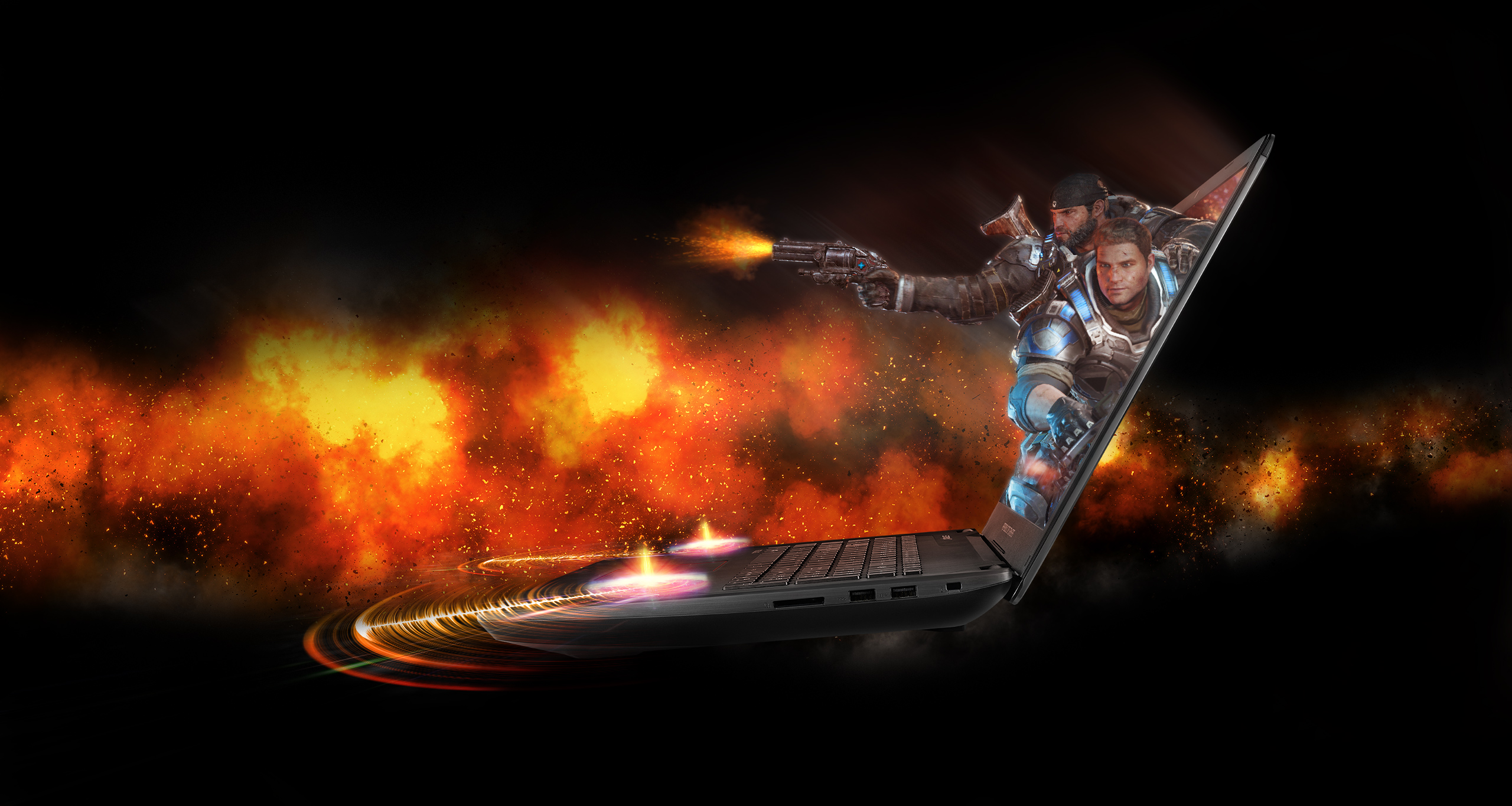 FILTER OUT ALL AMBIENT NOISE

Integrated array microphones filter out ambient noise So even if you're at a LAN party or in another loud environment, your voice will come through loud and clear. 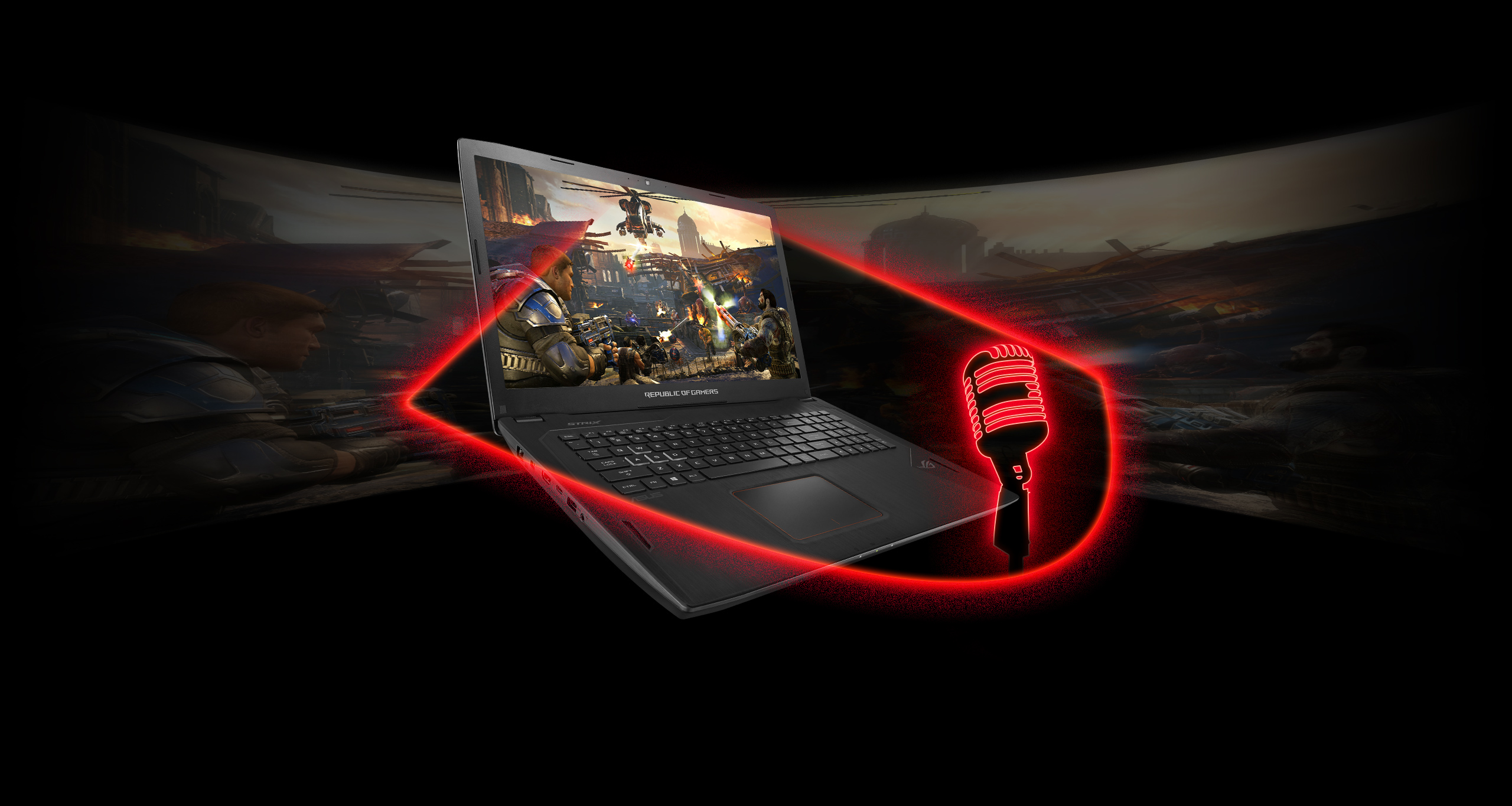