- MaxContact Technology and 2.5-Slot Width for the coolest and quietest gaming performance.

MaxContact is an industry-first GPU cooling technology, featuring an enhanced copper heat spreader that directly contacts the GPU. MaxContact utilizes precision machining to provide a surface that makes up to 2X more contact with the GPU than traditional heat spreaders, resulting in improved thermal transfer.

Patented wing-blade fans delivers maximum air flow and 105% greater static pressure over the heat sink, while operating at an up to 3X quieter volume than reference cards.

ASUS FanConnect II features two 4-pin, hybrid-controlled headers that can be connected to both PWM and DC system fans for optimal system cooling. The connected fans reference both the GPU and CPU, operating automatically based on the one with the higher temperature. A comprehensive set of tuning options allow you to tune fan speeds for efficient cooling. 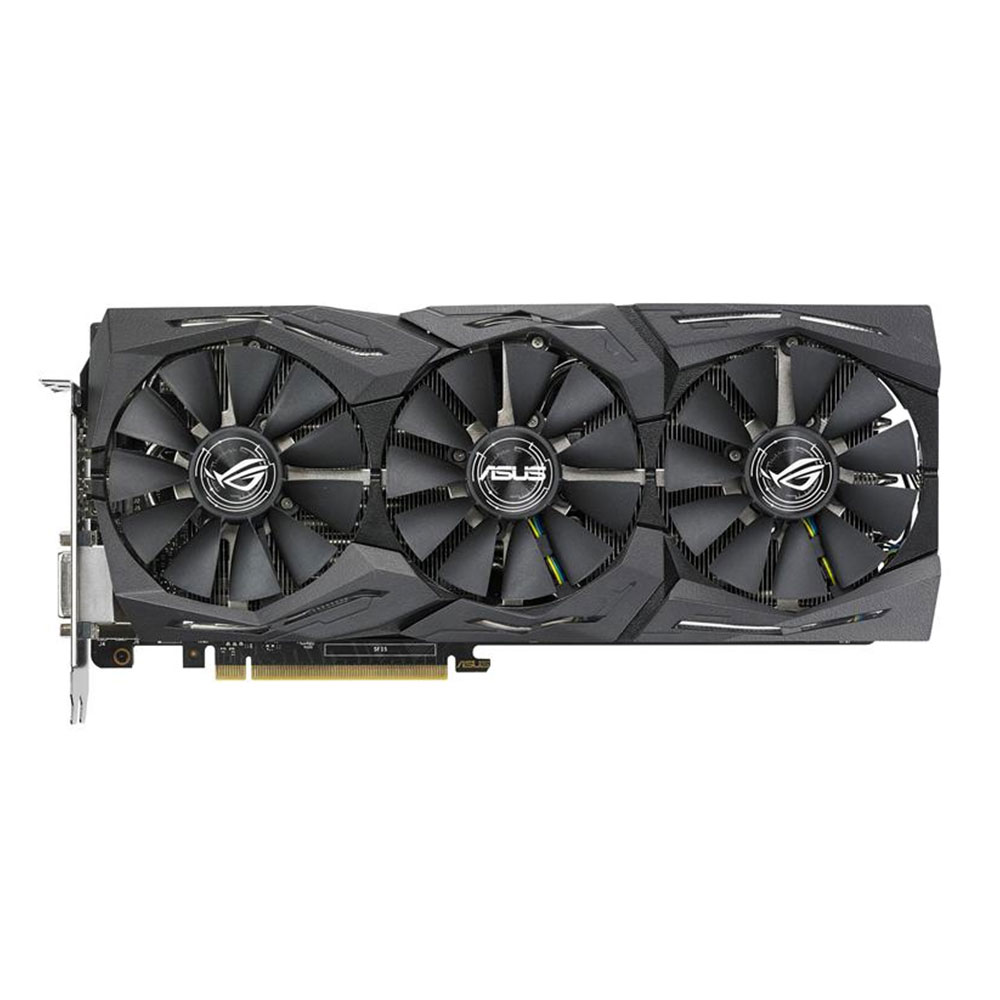 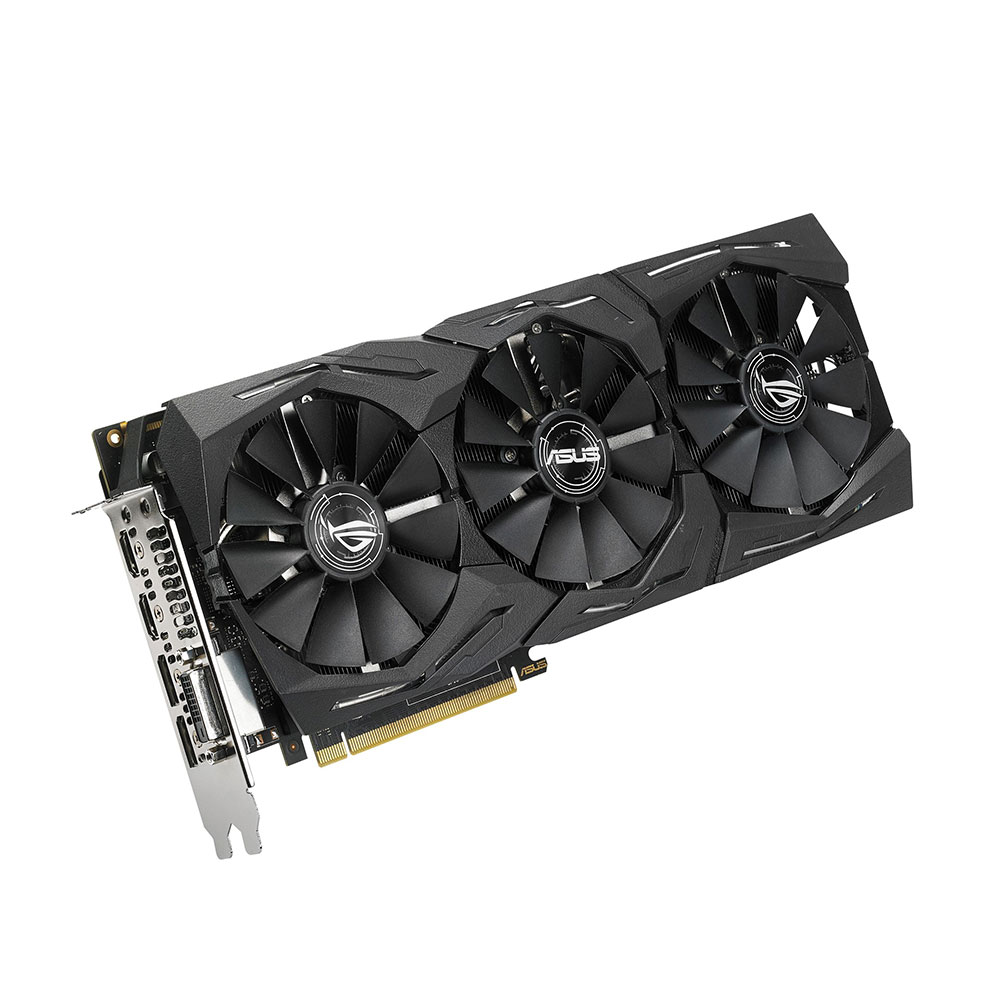 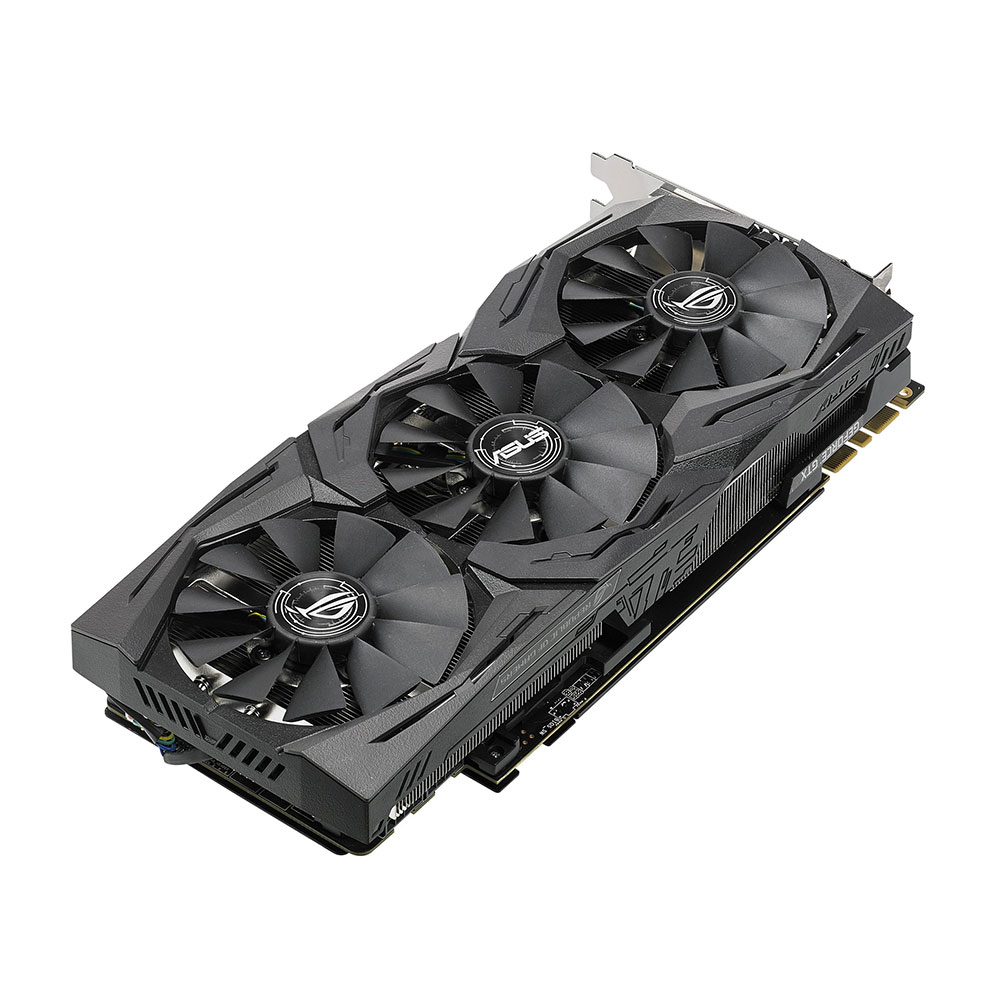 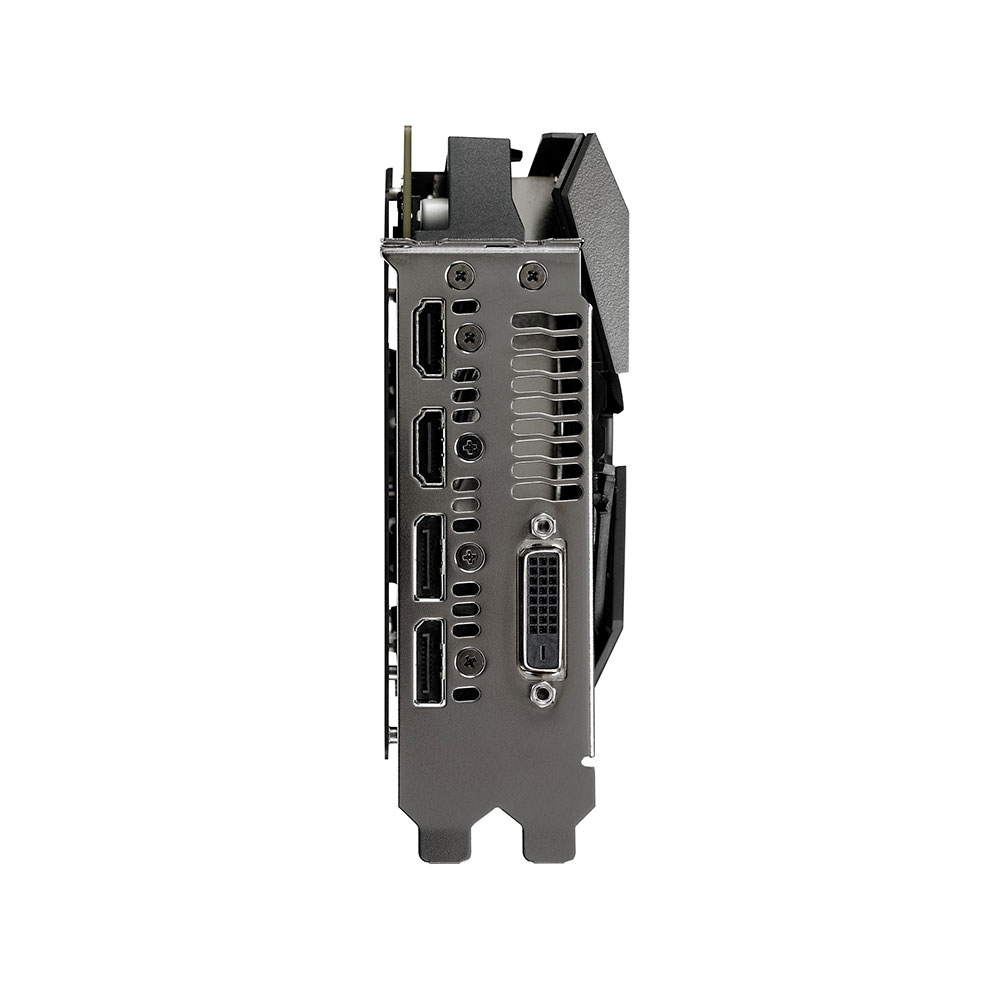