MAKES YOU PART OF THE GAME!

The ASUS-exclusive technology that produces near-lossless audio quality with a remarkable signal-to-noise ratio (SNR) of 115dB, so you enjoy every sound detail.

Scan and detect to dominate!

Sonic Radar II displays a stealthy overlay that shows what your opponents and teammates are up to on the battlefield, all managed via a simple control panel and customizable game list. See the direction and origin of key in-game sounds, and practice your enemy-pinpointing skill, plus exclusive Audio Enhancement technology clarifies every last blast.

Loaded with the best networking tech, including high-speed Intel Gigabit Ethernet and ASUS-exclusive LANGuard and GameFirst III, your connections are faster and safer to stay ahead of the pack!

Signal-coupling technology and premium surface-mounting ensure a more reliable connection and better throughput, plus electrostatically-guarded and surge-protected components (ESD Guards) for 1.9X-greater tolerance to static electricity and 2.5X-greater protection (up to 15KV) against surges.

A dedicated base-clock (BCLK) generator designed for 6th-generation Intel processors that extends overclocked base clock frequencies up to 400MHz*. This custom solution works in tandem with the ASUS TurboV Processing Unit (TPU), to enhance voltage and base-clock overclocking control providing an exciting new way to boost performance to extreme heights.

AI Suite 3 is an exclusive ASUS dashboard-style control panel that lets you fine-tune almost every aspect of your Z170 Pro Gaming-based system for the best balance between performance, stability, efficiency and aesthetics all via a simple and intuitive interface.

The smoothest, slickest mouse-controlled graphical BIOS has been improved to make it even more appealing. Whether you're a PC novice or a seasoned overclocker, the EZ and Advanced Modes help you find your way. In EZ Mode you can get set up very quickly, applying the date and time, fan profiles and Intel Extreme Memory Profile (XMP) memory profiles. Switch to Advanced Mode to set up favorites and shortcuts, record and review recent changes with Last Modified or make notes in Quick Notes.

Uniquely-intelligent technology that effectively caches an entire storage device so that favorite games and apps launch at breakneck speeds, getting to work the moment it's activated. RAMCache turns milliseconds into microseconds to boost game-load times to stratospheric levels!

Motherboard self-protection with loads of brilliant defenses, including our unique smart DIY features. Individually they're tough, together they're unstoppable.

ASUS ESD Guards actively protect against sudden electrostatic discharge (ESD), meaning the components will last much longer and you get protection that's up to twice as resilient as industry standards!

THE POWER OF INTEL! 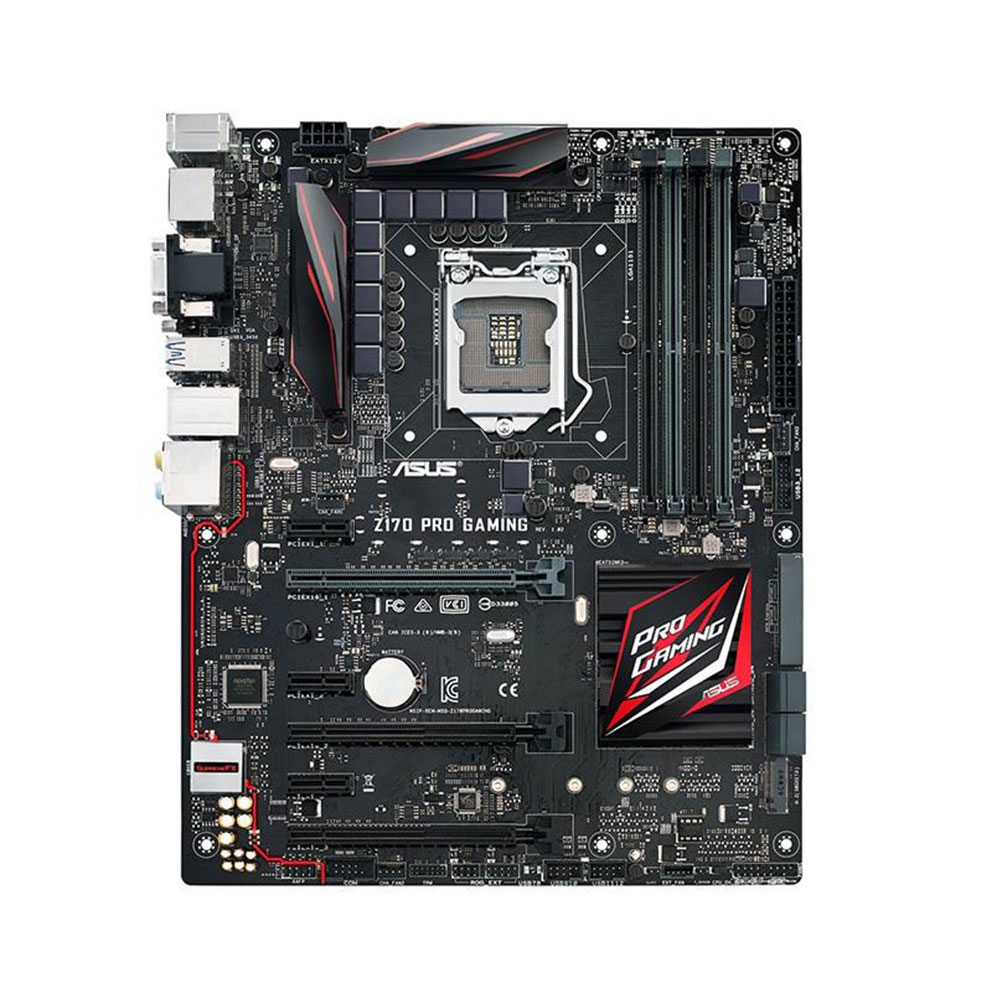