Strix Tactic Pro is an ultra-durable, illuminated, mechanical gaming keyboard, engineered for superior responsiveness and available with a choice of black, blue, brown, or red Cherry MX switches. It employs the highest-specification N-Key Rollover (NKRO) technology over USB and has 13 dedicated, easy-to-reach macro keys for fast and hassle-free command customization. Gamers even have the option to reassign F1-F8 as macro keys for a total of 21 one-touch commands as well as use the on-the-fly macro-recording key to create commands without interrupting gameplay.

Built for serious gamers, Strix Tactic Pro is engineered with Cherry MX Black, Blue, Brown, or Red switches. These high-quality switches have a lifecycle of 50-million keystrokes more than 10 times (10X) that of conventional keyboards. They're also fantastically tactile and brilliantly responsive, so you'll up your actions per minute (APM) to the max!

Press too many keys on a traditional keyboard and you'll suffer ghosting' that stops some keys being registered and that hinders precise control. Strix Tactic Pro employs the highest-specification N-Key Rollover (NKRO) technology to ensure that every key press is registered, no matter how many keys are held down at once. When you need Strix Tactic Pro to behave like a traditional keyboard, the 6-Key Rollover (6KRO) switch does the job instantly!

Strix Tactic Pro is equipped with 13 dedicated and easy-to-reach macro keys for hassle-free and fast command customization and you're even able to reassign F1-F8 as macro keys for a total of 21 one-touch commands. Strix Tactic Pro also comes with an on-the-fly macro-recording key, so you can capture action and keystroke sequences without interrupting your game!

The package comes with an intuitive Strix software suite for easy setup and advanced personalization. For gaming on the go, Strix Tactic Pro's plug-and-play hardware mode and built-in 4MB memory let you attach and play with no installation hassles!

Taken from the ancient Roman and Greek word for owl, Strix means the keenest hearing and sharpest eyesight. Strix means feeling your environment so that you detect and react to the slightest movement. Strix means survival on the very edge of instinct. Strix is in your blood, as it is in ours. 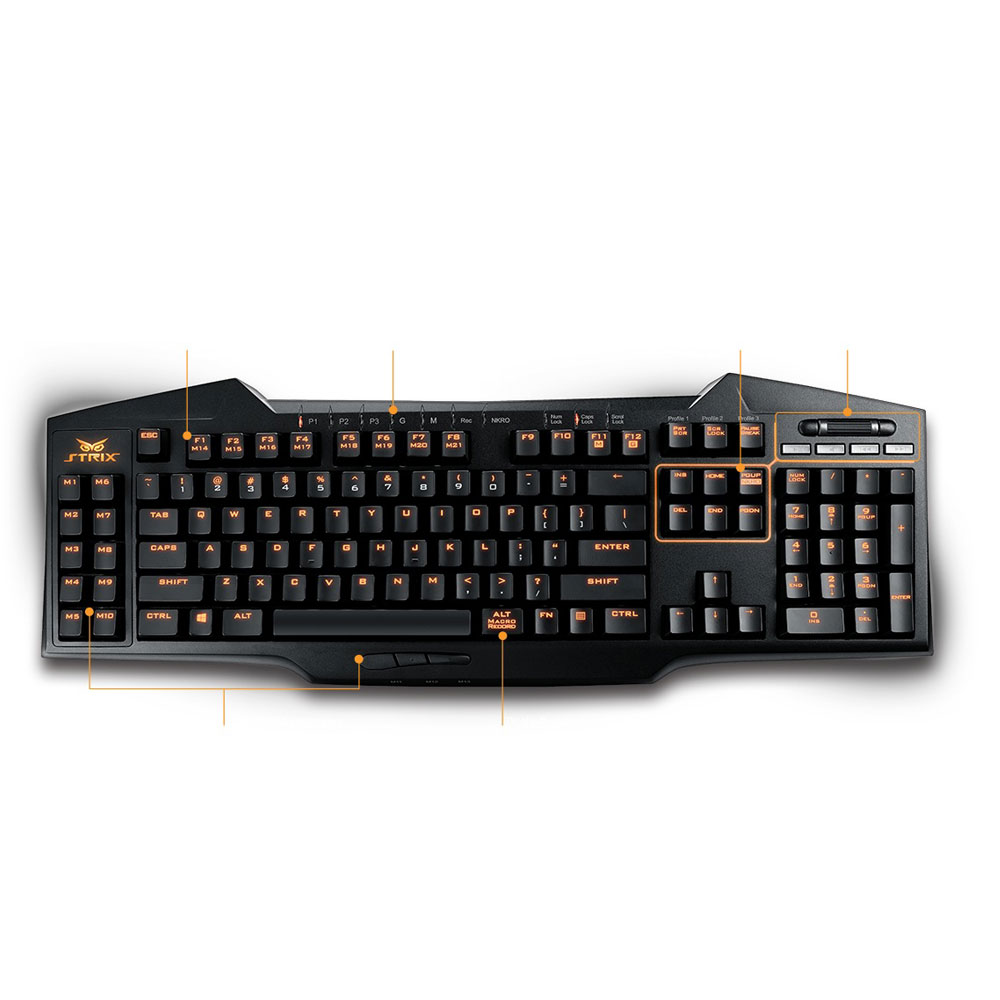 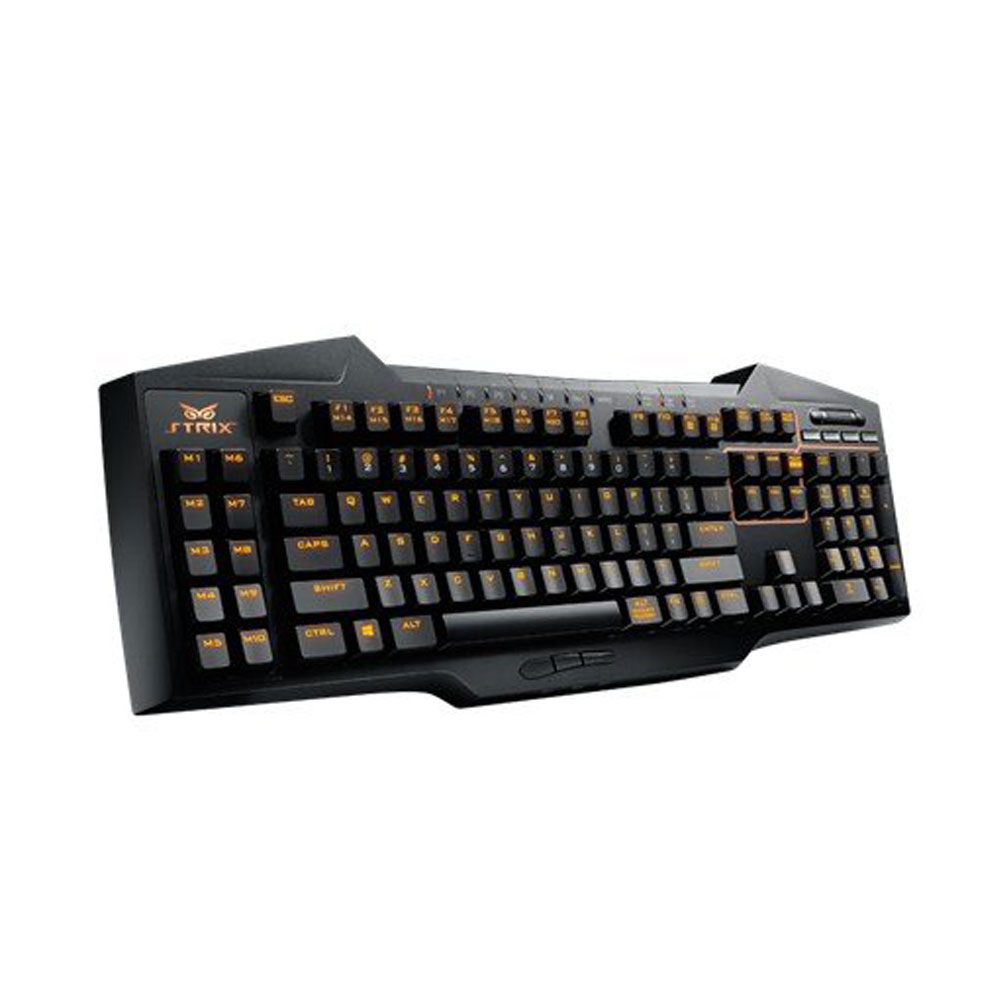 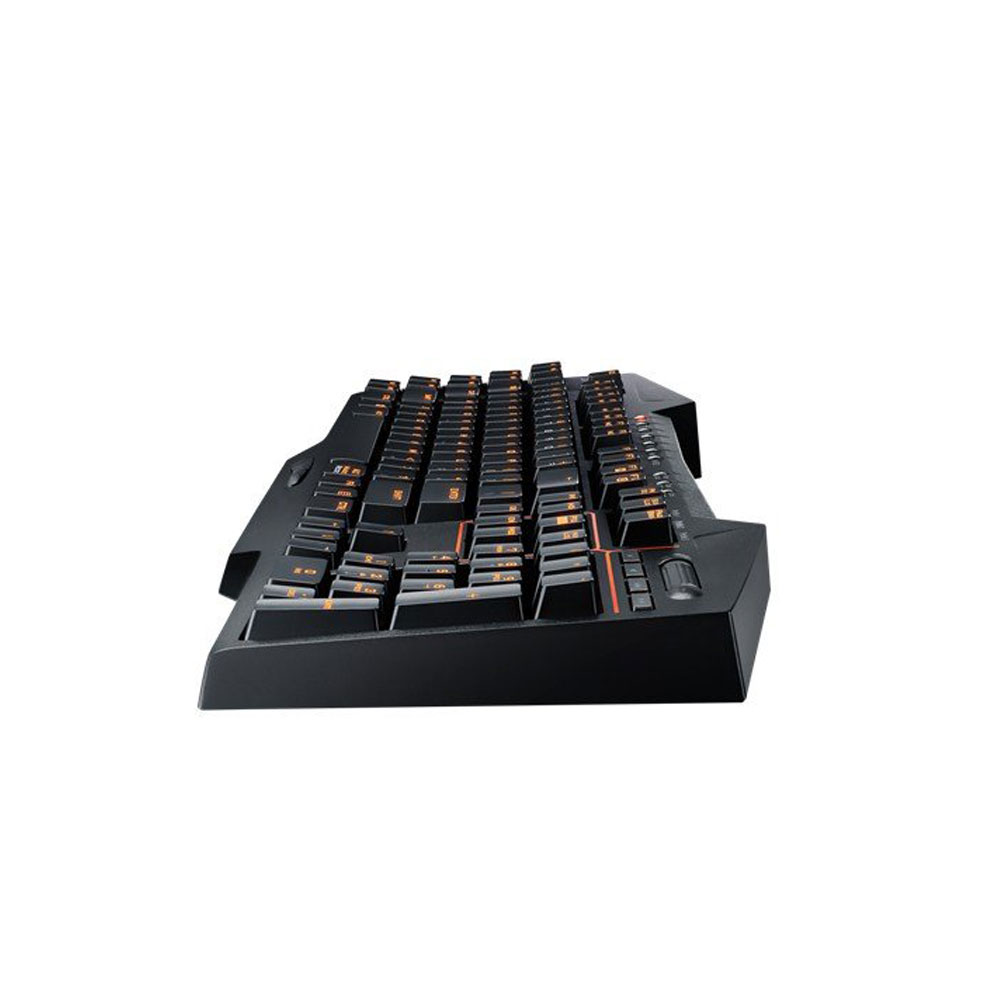